East-West: The Origins of a Crisis

A great deal of ink has been spilled over the last month about the proximate causes of the fighting in the Caucasus. Abkhaz, Georgians, Ossetians and Russians have all presented conflicting accounts of who fired first”with timelines that stretch back to the 18th century. Meanwhile, the debate in the West has centered over whether the efforts to enlarge NATO to Russia’s doorstep were foolhardy and provocative, or timely and essential for the preservation of the Euro-Atlantic community. But even if the Georgian crisis had not occurred, something was bound to happen.

The End of An Era

The Ron Paul Revolution Takes Off

CBS News covers the presidential contest as if it were a horse race, and here’s thei...

The neocons over at National Review are usually so boring that one can barely stand to rea...

60 Minutes Strikes Out on a Curveball

Talk about false advertising.  60 Minutes announced this past Sunday that the segment...

Amnesty for the Stupid

Is it fair that businessmen who fail in neighborhood stores have to close shop and often s... 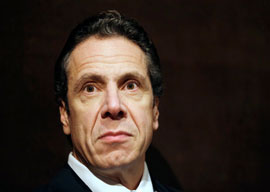 News of the Hour

A week of treason, timidity, and truculence.

From a profile of radio talk show host Brian Wilson, in the Toledo Blade: "‘Bar...

There was tension behind the scenes here in Rome throughout Holy Week, as Vatican security...

Although I was pleasantly surprised to learn that Jonah praised my scholarship on NRO (Thu...

A Candidate in Search of a Catastrophe

There once was a time when presidential candidate Rudolph Giuliani led the Republican fiel...

Rage Against the McCain