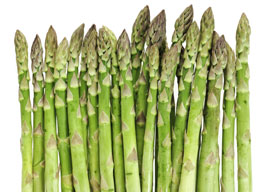 11. BEING PRO-LIFE
It’s racist to murder black babies. If you do it, you will go to jail. However, if you’re black, then it’s racist to not murder black babies. Get it? Abortionist Kermit Gosnell’s defense attorney Jack McMahon thought we were being way too hard on a guy who simply snipped a couple spinal cords of a tiny amount of babies that were just a few weeks away from their due date. McMahon recognized the trial for what it really was: an “elitist, racist prosecution.”

12. BATKID
Remember that sick kid that San Francisco turned into Batman and gave him the adventure of a lifetime? Racist. They could have used that money to save Africans. Sending money to Africa should always be our top priority, but nooo, they had to blow it all on some stupid white male with cancer.

14. ASIAN PRIVILEGE
To talk about white privilege is cool. To use a metaphor like calling it an “invisible backpack” that whites get to unpack everywhere is awesome. However, to reprint these essays and swap “white” with “Asian” is almost as racist as encouraging kids to kill everyone in China. White people are only successful because they ripped off everyone else. When people of color are successful, it’s because they overcame that. Being smart and working hard have nothing to do with it.

15. SAYING INDIANS LOOK LIKE PAKISTANIS
There are a lot of extremist Muslims in Pakistan, and although that country only declared its independence from India 58 years ago, to remark that a woman of Indian descent resembles a terrorist proves America is racist, even if the person who said it is a kid and she said it on Twitter.

16. NOT WANTING TO PAY TONS OF TAX
It’s a given that welfare (or any kind of government program) is great for blacks. If you want smaller government, you want less stuff for blacks and that’s even worse than racist. It’s genocide. Republicans can’t say this outright, so they speak in code: “I don’t like giving tons of tax dollars to incompetent robots that blow it on people who are perfectly capable of working.” To notice that “people are most likely to find a job just as their unemployment benefits run out” is super-duper racist.

17. TWERKING
As we learned from the racist commercial that depicted a white guy doing a Jamaican accent, doing anything that your race had nothing to do with is racist. When Miley Cyrus shook her ass like urban ladies often do, it was the exact same as putting on a minstrel show. From now on, white pop stars can only dress like cowgirls and they can either line-dance or get their white asses off the goddamn stage.

18. HALLOWEEN
This is easily the most racist holiday of the year, because people put on costumes pretending to be something they are not. If it’s not a white person dressing up as a white person, it’s appropriation. However, that doesn’t mean a Latina can dress as Dora the Explorer. That’s racist, too. Most agree that this was the most racist Halloween to date because one person dressed as Trayvon and another probably dressed up in blackface.

19. TOURÃ
Speaking of pretending to be something you’re not, TourÃ© is a great go-to guy for learning how blacks feel. Last year he told us that not liking disco is racist, but he topped it this year by criticizing “white leaders” such as Don Lemon, who looks like a Cadbury Creme Egg. Wait a minute”wasn’t this the year TourÃ© himself was racist? How can the guy who says everything is racist be racist? When everything is racist, nothing is. Isn’t that the end of racism?

20. SAYING “ENDING RACISM”
When the RNC said, “Today we remember Rosa Parks’ bold stand and her role in ending racism,” it was the same as saying, “Racism ended.” Simply stating someone worked at something is to imply they pulled it off, and that trivializes the most racist year in history, 2013. We need to remain steadfast in the belief that racism is getting worse every year. If we don”t, an entire industry will collapse, and instead of working for change, politicians and pundits will be forced to actually work for a change.