A Reparations Plan That Makes Sense 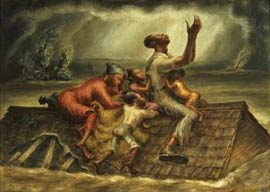 According to this map, African slaves transported to America came almost exclusively from the continent’s western coast”areas that are now modern countries such as Benin, The Gambia, Angola, Ghana, Nigeria, Senegal, and Sierra Leone. I fully realize that statistics are malleable, often inaccurate, and don’t incorporate mitigating factors, but still it appears as if there are some strong patterns emerging here: 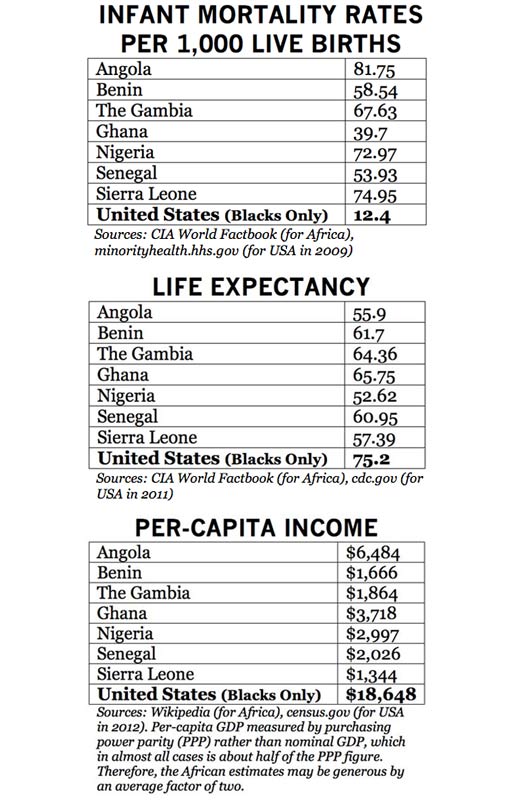 So if you’re keen to “repair” or “restore” American blacks’ conditions to what they’d be if they were never captured and enslaved, you’d have to severely inflate their infant-mortality rate, slash their life expectancy by 10-20 years, and reduce their income by anywhere from 65% to 93%. Otherwise, shut your whiny mouth and acknowledge how truly privileged blacks are to live in America. As Muhammad Ali famously told a reporter, “Thank God my granddaddy got on that boat!“