A Sense of Others 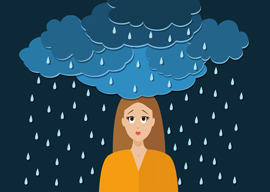 For myself, however, I always admired and was moved by the uncomplaining fortitude of my older patients. I remember once, as a raw young doctor in a rural area, being called to the isolated cottage of a man aged in his 80s. He lived on his own. He must have been born in the late 1880s or early 1890s. He was terribly anemic and it was clear to me that he had been bleeding slowly from his intestinal tract for a long time. He was now so weak and breathless that he could hardly raise himself from the horizontal.

I examined him and saw at once that he needed to go to hospital for a transfusion and an operation.

From the purely rational point of view this was absurd, of course. What else more important could I as a doctor have had to do other than attend to such as he? What could possibly have been more important? And yet there was something indescribably noble in his attitude. Even in his extremity he was thinking of others and did not consider himself to be the center of the universe. Though he lived alone”a widower”he was a true social being.

Of course I said nothing to indicate my admiration for him: that would only have embarrassed him. But I hope, when my turn comes, that I shall remember his example.