Ability: The Key to Social Mobility 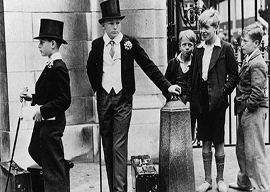 The new rhetoric proposes an imagined social harmony artificially compelled under the name of “fairness.” Ideally, a society is harmonious when individuals live in a world that corresponds both to their talents and aspirations. Even to articulate this criterion is to recognize that it is impossible. But a substitute form of social harmony can be created.

This manufactured harmony demands that society must be reengineered so that the most desirable positions do not go to the most capable; rather, they are doled out proportionally according to one’s statistical representation among all social groups. This includes the most vulnerable, who are presumed to suffer discrimination from which a considerate government saves them. The vulnerable include the poor, the aged, women, the disabled, ethnic minorities (themselves divided into smaller groups), transsexuals, gays, and many others. The key to social harmony thus consists in being able to convince all members of society that it is enough that they share in the advantages appropriate to the abstract class of vulnerability to which they belong. If this cast of mind can be diffused among the population, then individual discontent about some supposed individual injustice will at least be greatly diminished.

Once such an ideal condition has been reached, we will have reached the end of history. You cannot logically change an ideal condition without making it worse. And it is this condition of things that the ruling elite, not only of Britain but of the whole world, is seeking to achieve: a changeless perfection resulting from actualizing the one right order of things in this and every other society. Every other world culture usually had just such a “right ordering of social things” until Western individualism came along to disrupt the order. And now the aim is to get back to such a static harmony by creating a kind of worldwide perfection.

That such an aspiration is destructive of Western modernity is the reason why the whole project of nationalizing social mobility must be derided as entirely sinister. Beyond that, the entire premise upon which the idea is based”that Britain lacks social mobility”is a falsehood. As Professor Peter Saunders demonstrated in a brilliant 2010 pamphlet for Civitas”Social Mobility Myths“Britain is in fact a socially mobile society. The commonest crucial factor in getting on turns out to be not one’s inherited social class, but the individual’s level of ability.