All’s Fair in the Skin Game 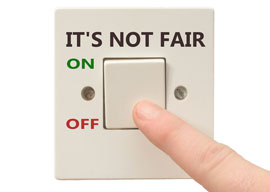 All joking aside, the fact is, the Indians totally got away with that cold-blooded murder. No one was ever even prosecuted, let alone convicted…something at least one of the activists would later boast about. Had she included the Robinson murder in her piece, it would have been pretty hard for Thompson to claim that the Wounded Knee occupiers were treated too harshly by authorities and the press. I asked Professor Thompson why she left Robinson’s story out of her article. She replied, “I probably should have insisted on that information…. I cut a ton in order to bring the amount of material on Wounded Knee more in line (re word count) with the contemporary stand as I was more than encouraged to do.”

If “fairness” means that the white ranchers must be treated exactly the same as the Wounded Knee Indians, if the outcome must be identical, then it logically follows that the Oregon whites should be able to murder a black guy and get away with it. Sound ridiculous? Exactly. It’s only by reverse engineering the left’s idiotic idea of “fairness” that we see how completely stupid it is.

Minority activists use “it’s not fair” the way children do. As Prof. Norvin Richards points out in his book The Ethics of Parenthood, most children tend to scream “it’s not fair” because of “simple self-interest or self-interest mixed with envy.” Author and clinical social worker Barbara Eckman goes even further, explaining that children usually use claims of “it’s not fair” to “exact revenge for some kind of hurt.” It’s easy to recognize this misuse of the concept of “fairness” when it comes to children; it’s far less easy to acknowledge it when it comes to adults, especially those in “protected” victim groups.

A coda to the anecdote that opened this piece. “White woman” Valinda Elliott was not charged for the fire she set to signal the rescue helicopter, and Indian arsonist Leonard Gregg ended up serving nine years of his ten-year sentence. In the aftermath of the 2002 fires, leftists and minority groups throughout the Southwest continued to bitch about this “unfair” disparity. Over a year later, in October 2003, a hunter named Sergio Martinez became lost in the backcountry of northern San Diego County during a deer-hunting trip. Just like the “white woman,” Martinez set a signal fire to alert rescuers. The fire got out of hand, exactly as it did in Elliott’s case. However, this time, there were casualties. Fifteen people died as a result of Martinez’s signal fire.

Martinez, a Latino, avoided prison, just like the “white woman.” His fire was many times worse than Elliott’s, but, as with her case, authorities agreed that it had not been set maliciously or with criminal intent. And do you think one”even one“minority activist, author, or “spokesperson” acknowledged the fair and equal treatment?

You already know the answer to that. For the infantile moaners, it’s always about manufacturing outrage over “unfairness,” but never about acknowledging the instances that disprove bias. The Oregon standoff could end in a government-perpetrated massacre tomorrow, and leftists would still maintain that the white occupiers were treated preferentially because they weren”t immolated on day one. This is the main reason to ignore the career complainers who whine endlessly about “it’s not fair.” Nothing will ever satisfy them, no action will ever appease them. So it’s not worth trying.

That’s only fair to the rest of us.