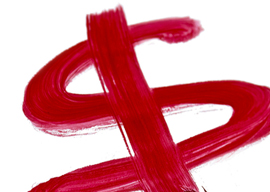 Quick: If you call a tail a leg, how many legs does a dog have? Answer: Four, because calling a tail a leg doesn’t make a tail a leg.

How did we get here?

We got here because voters and the government we elected, and even the courts the popular branches appointed and confirmed, have lost sight of first principles. When Thomas Jefferson wrote in the Declaration of Independence that our rights to life, liberty and the pursuit of happiness are a part of our humanity, and when we fought and won the Revolution under that premise, and when the first Congress enacted that language as the first federal law, this became the irrevocable recognition of the Natural Law as the basis for our personal freedom and limited government. Since our rights come from our humanity, they don’t come from the government.

But you would never know that from looking at the government. In New York City, where I work at Fox News Channel, we are all embroiled in two disputes this summer over the constitutional role of the government in our lives. The mayor, a self-made billionaire who likes donuts and has bodyguards but wants to tell others how to live in private and in public, is trying to ban soda pop in containers larger than 16 ounces and wants the police to be able to stop and frisk anyone on a whim—and all in the name of health and safety. He is actually banning freedom.

Imagine Jefferson being told what to eat or stopped and frisked on a whim. And then imagine the Supreme Court telling him that he must pay a tax if he fails to comport his personal private behavior as Congress—which doesn’t believe in privacy or personal freedom—commands.

Presently in America, what are we going to do about it?