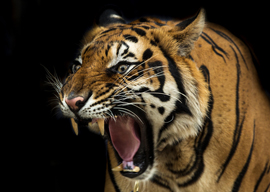 Though this isn”t always the case, I suspect there’s something darker about most hedonistic imperators than the white light and fluffiness on the surface might initially communicate.

Within the next few decades, Pearce says, every cubic meter of the planet will be computationally accessible to surveillance, micromanagement, and control. On current trends, large nonhuman terrestrial vertebrates will be extinct outside our wildlife parks by mid-century. So the question arises: What principle(s) should govern our stewardship of the rest of the living world?

Skip past the semi-autistic language of a man who one day hopes to be a robot or whatever it is that transhumanists want. Now focus in on the most important word in the argument: control. We begin to hone in on the true philosophical underpinning of HI and essentially all philosophical arguments that think they can perfect creation.

It is, of course, neither coincidental nor trivial that HI pines for a “pan-species welfare state.”

Compare with those of us who think more along the lines of “life sucks, get a helmet,” who are content to live and let live, provided that you stay off our lawns. We”re not even sold on the welfare state for humans.

But upon what will the dragon of egalitarianism seek to feast once the great injustice of predation has been ripped from the heart of Earth’s ecosystem? On what grave and heinous evil will the do-gooders of the world turn their sights next?

Probably the new wave of super-predators that will evolve to fill the gap. Nature, after all, abhors a vacuum, especially one created by bizarrely consistent, busy bodies.