Better a Crook than a WASP: The Left Ditches Progressivism 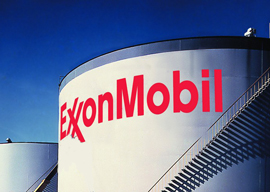 With wage increases of 18 percent and telephone rate increases of 170 percent, you don”t need to be a financial genius to make it in the business world. And since the telephone service in Mexico is a monopoly, there is no free competition to benefit the consumer.

Mexico in the early nineties was similar to American capitalism in the late 1870s. Azcarraga, Slim, and Hernandez were not much different from railroad and steel magnate Andrew Carnegie or oil trader John D. Rockefeller. Like the American “Robber Barons” of their time, the Mexico Twelve were making a fortune from their close partnership with the government. And to their immense relief, Mexico was not contemplating anything like the 1890 Sherman Anti-Trust Act, which had broken up U.S. monopolies through forced sell-offs.

In return, Salinas demanded at a private dinner party on February 23, 1993 that Slim and Mexico’s other 29 oligarchs donate $25 million each to the ruling party’s campaign war chest, a total of $750 million. Oppenheimer notes:

Telecommunications magnate Slim … supported the motion, adding only that he wished the funds had been collected privately, rather than at a dinner, because publicity over the banquet could “turn into a political scandal.”

Now, you might think that there is something unseemly about a regular contender for the title of World’s Richest Man making his fortune off the relatively small Mexican economy. We”re constantly told that Mexicans have to be allowed to flock to America to escape starvation in their own land. Yet one well-connected monopolist is permitted to pile up an enormous trove by charging exorbitant fees for the lifeblood of any economy, communications.

A 2006 article in the New York Times pointed out:

The Organization for Economic Cooperation and Development, an association of wealthy countries based in Paris, reports that Mexicans pay some of the highest phone rates in the world, with calls costing 50 percent more than the group’s average. Forbes reported that the average monthly phone bill for a small business in Mexico is $132, compared with $60 in the United States.

Slim epitomizes the toll taken on the Mexican economy by monopolists:

As a result, said Mr. Ortiz of the Bank of Mexico, economic growth is one percentage point less than it could be with real competition. There are not enough jobs to keep workers from migrating to the United States …

Piketty, however, is offended by how Slim

(Slim, himself, has been proactive about improving his press coverage: in 2008 he financially bailed out the New York Times and is now the newspaper of record’s second-biggest owner. Not surprisingly, Slim, who profits lavishly off long distance calls between illegal immigrants in America and their loved ones in Mexico, doesn”t get mentioned much in the Times“ vociferous denunciations of immigration skeptics.)

Piketty, in his inimitable prose style, explains that criticizing Slim is a mistake, if not downright racist:

Rather than indulge in constructing a moral hierarchy of wealth, which in practice often amounts to an exercise in Western ethnocentrism, I think it is more useful to try to understand the general laws that govern the dynamics of wealth”leaving individuals aside and thinking instead about modes of regulation, and in particular taxation, that apply equally to everyone, regardless of nationality.

In other words, rather than the citizens of Mexico using the rule of law to break up Slim’s monopoly, as Americans did with Rockefeller’s, the important thing is for readers of Capital to take global control.

What could possibly go wrong in Piketty’s planetary empire?