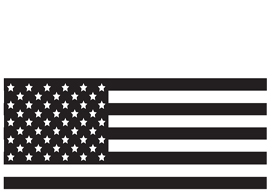 Black men raised in the top 1 percent—by millionaires—were as likely to be incarcerated as white men raised in households earning about $36,000.

An analysis destined for the unintended-consequences-of-publicizing-technically-accurate-data hall of fame.

Five years ago, Chetty began publishing his “Equality of Opportunity Project” results. He had somehow talked the IRS into giving him the numbers on tens of millions of (purportedly confidential) 1040 tax returns, from which he could look at the income of parents in the 1990s and their now-adult children in the 2010s. He had assembled a crack team of young data wizards to crunch some of the biggest social science data sets ever assembled.

Chetty has apparently reassured the feds that your private information won’t be leaked, although this database must be growing in allure as a target for hackers. But the economist is very respectable, having been consulted by candidates Hillary Clinton and Jeb Bush.

Moreover, Chetty struck up a relationship with The New York Times to have each of his subsequent papers lavished with attention and spectacular graphics.

Chetty’s original goal was to find which places in the country had strong upward income mobility so that their secrets of good governance could be uncovered and spread nationwide.

“Chetty has a hard time interpreting his own numbers because his results have been so politically incorrect.”

Could the secret to fighting inequality be, say, mass transit? A 2015 NYT article based on Chetty’s research asserted:

Unfortunately, as I had immediately pointed out, Chetty’s celebrated 2013 map of where in America there was particularly weak upward income mobility mostly appeared to be a map of Indian reservations and heavily black parts of the country. I impudently blogged, “Breakthrough Study: Poor Blacks Tend to Stay Poor, Black.”

It should not have been surprising, when you stop and think about it, that when blacks regress from one generation to the next toward their mean income, they regress toward a lower mean than do whites.

But who stops to think about such matters?

Chetty, being an Indian immigrant, hadn’t apparently noticed how obvious it was that his 2013 results were being driven not by some subtle secret sauce of local administration, but by the brute fact that blacks and American Indians do poorly at being economically productive in modern America. He tried to hide his results by redefining heavily black areas as suffering not from being heavily black but from “segregation.”

But now in 2018, Chetty is more or less admitting he got it wrong: Race matters.

While the “de-identified” tax-return data that the IRS had provided to Chetty was a trove of unique information, the 1040 form is unusual for an American government document in not demanding to know your race.

So now Chetty has somehow gotten the IRS to team up with the Census Bureau, which is obsessed with race and ethnicity, to provide him with the races of 20 million children (plus their reported taxable incomes in 2014–15) and their parents (and their incomes in 1994–2000).

By law, the Census Bureau cannot share respondents’ answers with anyone—not the IRS, not the FBI, not the CIA, and not with any other government agency.

But I presume that Chetty’s team of very smart guys has figured out a legal work-around for all these inconvenient privacy laws.

In my experience over the past five years, Chetty has repeatedly dredged up fascinating data. For example, my long 2015 Taki’s column on “Where’s the best place to move for your children’s sake?” pointed out that Chetty’s specific findings were highly plausible (e.g., the worst county to move your children to is the tragic Pine Ridge Indian reservation in South Dakota). Yet Chetty has a hard time interpreting his own numbers because his results have been so politically incorrect.

But now that Chetty has race data, he admits that the real main reason behind America’s long-running social problems is mostly just what I’ve been telling him for the past half decade: It’s race. Specifically, blacks and American Indians just don’t earn much money. Chetty writes in his new paper:

…blacks and American Indians are currently close to their steady-state income distributions.

Chetty has pretty much given up on finding magic municipalities where they do things right that can be studied to close America’s gaps. As I’ve always argued, and Chetty now agrees, instead the race gap is geographically pervasive and consistent:

Among children with parents at the 25th percentile, black boys have lower incomes in adulthood than white boys in 99% of Census tracts.

The few exceptions tend to be neighborhoods in Queens or in the D.C. suburbs that have many high-achieving black immigrants.

It’s almost as if whites and blacks, on average, tend to have somewhat different cultures, ancestors, and genes.

Interestingly, Chetty argues that increased welfare wouldn’t do much good in the long run for closing racial gaps:

Transient programs that do not affect intergenerational mobility directly, such as temporary cash transfers, are insufficient to reduce black-white gaps in income ranks because income distributions will revert back to their steady-states in future generations.

In fact, Chetty is beginning to admit that his whole obsession with income mobility was a distraction:

Mobility by itself is not the solution when it results in movement only within the lowest parts of the respective income distribution.

It’s time for academics to consider my point that we simply don’t know how to fix a lot of things, such as blacks and American Indians not earning much money, so let’s at least try not to make things worse for them through massive immigration.

According to the now-dominant Theory of Intersectionality, the more markers you have of oppression, such as being black, female, and immigrant, the worse off you must be. Ironically, however, it turns out in Chetty’s analysis of your (purportedly confidential) IRS and Census forms that black women and immigrants are less oppressed, as measured in taxable income adjusted for parents’ income.