Can the GOP Deal With Iran? 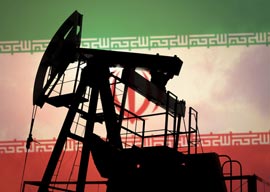 Third, Iran is now a critical ally of a Baghdad regime in whose survival we, too, have a stake. Fourth, Iran is also critical to the survival of the Syrian regime and preventing ISIS and al-Nusra Front from bringing down Bashar Assad and taking Damascus.

We have enemies in common.

Moreover, as the largest Shiite nation in the Middle East, and most populous nation in the Persian Gulf, Iran, absent a ruinous war, is going to become a regional power. When Bush 43 smashed Iran’s great rival, overthrew the regime of Saddam Hussein, then disbanded the Sunni-led Iraqi army, “W” guaranteed it.

This month, a Republican Congress will vote to reject the Iranian nuclear deal that Europe, Russia, China and the Gulf Arabs regard as done. While the GOP may muster the votes to reject it, they lack the votes to override an Obama veto of their rejection.

And if and when the GOP goes down to defeat, they ought to ask themselves: Do they wish to accept and enforce the terms that were negotiated? Or do they wish to cry foul, demand a new deal, and start voting new sanctions on Iran that the world will ignore and that will isolate their own country?

How the GOP handles its coming defeat will tell us whether they have learned from the failures of Bush and can now run the country.