Can the GOP Get Together in Cleveland? 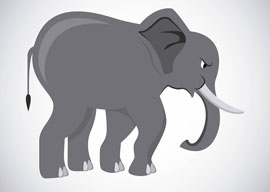 For Cruz cannot win in Cleveland, unless the man with the most votes and delegates is deprived of a nomination to which he has a far stronger claim, if this country remains a democratic republic.

A Cruz victory in Cleveland would likely lead to the angry and bitter departure of the Trump delegates, and, in the fall, to a mass defection of the blue-collar, Middle-American Trump voters, especially above the Mason-Dixon line where Cruz is already weak.

The latest poll of Republicans in New York has Trump above 50 percent, with Cruz running third at 17 percent. Even in the South, which was to be Ted Cruz’s firewall, Trump beat him repeatedly.

And while Cruz can claim to be a more reliable conservative than Trump, how does that translate into electoral votes in the fall?

Is the Republican establishment, having been repudiated in the primaries in a historic turnout by the party base, now engaged in a willful act of self-deception?

Can that establishment believe it can rob Trump of a nomination he has all but won, then hold off a right-wing Cruz surge that would ensue, then trot out of the stable one of its own, Speaker Paul Ryan, crown him at the convention, and then win in November?

While the GOP appears headed for a train wreck in Cleveland, the principal ingredients of a Republican victory and a Republican future will all be present there: Cruz conservatives and Tea Party types, Trumpite nationalists and populists, Rubio-Kasich-Bush centrists and moderates.

Political statesmanship could yet bring about unity, and victory.

Unfortunately, the smart money is on ego getting in the way.