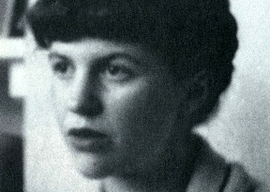 Yet the accompanying outrage, while intense, was more localized than last month’s international Plath-inspired fuss. Certainly it’s impossible to imagine 9,000 of Sexton’s letters, let alone nine, being priced in the neighborhood next door to a million bucks.

If death is such a great “career move,” why isn”t Sexton just as famous, and fetishized?

Sexton was certainly more beautiful than Plath, whose (peroxide-prodded) blond hair covered a multitude of sins. Although maybe that was the trouble? Sexton’s glamorous “Mrs. Robinson” style isn”t as achievably aspirational as Plath’s barefaced, housewifely horsiness. That, donning a fur coat and gulping a highball of vodka, Sexton gassed herself in her garage rather than the kitchen, like Plath (who left milk and cookies for the kids), is weirdly emblematic. (One thinks of a pagan queen, buried along with her chariot, all the better to whiz through the afterlife. Whereas the mental image of Plath, kneeling into her crappy British cooker, evokes the Pompeian pathetic.)

Rose Red to Plath’s Snow White, Sexton was her own Byron.

And whatever feminists tell one another, and us, that’s just not as cool a story.

“It was beauty killed the beast.” King Kong plays in the background as I write this, and the film’s famous last line seems strangely apt. Ted Hughes has been more or less rehabilitated, especially since his own (natural) death. But what fun is that? As long as flinty females scratch in their Moleskines about moons and blood, they will keep telling themselves, rolling the words around, lozenge-like, in the mouth of their minds: