Crevasses in the Classroom 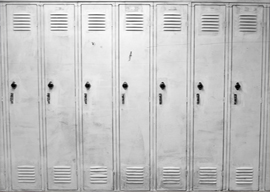 Other districts with small white-black gaps include similar Rust Belt blue-collar towns such as Hamtramck, a Detroit suburb recently in the news for having a majority Muslim city council.

Eventually we get to more encouraging examples, such as Glendale (only a 0.24 standard deviation gap between white and black students), Palos Verdes Peninsula (0.27), and Burbank (0.33). These are all pleasant, relatively conservative suburbs of Los Angeles. None have many blacks, but those who can afford to live there do relatively well in school.

In recent decades, blacks with college degrees have been flocking to Atlanta’s suburbs. Some Atlanta-area counties, such as Paulding and Henry Counties (both with only 0.32 SD gaps), combine small racial disparities with middle-of-the-road overall performance.

The New York Times identified in an interactive graph about three dozen school districts in which the parents of white students and parents of a minority group were about equal in socioeconomic status. But in every single one, the white students outperformed the black or Hispanic students. The NYT flailed:

Mr. Reardon said that educators in these schools may subliminally”or consciously in some cases”track white students into gifted courses while assigning black and Hispanic students to less rigorous courses.

I”d say these results are more likely evidence of regression toward racial means.

For example, according to the Stanford database, the overall highest-scoring public school district in the country is one of the oldest, Lexington, Mass., where many Harvard and MIT professors live. Recent residents of Lexington have included linguist Noam Chomsky, biologist Edward O. Wilson, the late philosopher John Rawls, and eight Nobel laureates. So, the finding that egghead Lexingtonians might have the best-educated kids in the country seems fairly reasonable.

The lowest-performing school district in the country is Crazy Horse in South Dakota. Indeed, the 14 worst school districts in the country are on Indian reservations in South Dakota. (Nobody seems to care much anymore about American Indians relative to more fashionable minorities such as the transgendered, but let me point out that life is not good on the bigger reservations.)

The worst-performing school district not on a reservation is the Arizona School for the Deaf and Blind, which, once again, sounds reasonable.

Large white-Hispanic gaps tend to correlate with large white-black gaps. But they are more often found in economically dynamic places (such as Silicon Valley) and in tourist attractions (such as Santa Barbara and various ski resorts), which have lots of unskilled service jobs to attract immigrant workers.

In contrast, the worst white-black gaps tend to be found in old-money towns like Berkeley, Chapel Hill, Shaker Heights, Asheville, and Evanston that can afford a lot of liberal white guilt, which attracts black welfare moms.

The only large towns where Hispanics outscore whites are Detroit and Cicero, Ill. Cicero is the anti-Evanston: A working-class suburb of Chicago just south of Oak Park, it was taken over during Prohibition by the Outfit. The late neoconservative intellectual Irving Kristol was disillusioned out of his Trotskyism by having to go through Army basic training with Cicero hoodlums:

About half of my original group seems to have come from Cicero, Illinois, which was Al Capone’s hometown, or at least his criminal base…. I looked at them and thought, “You know, I don”t think we can create socialism with these people.”

Is there any good news in the Stanford data?

Actually, there is, although liberals won”t want to acknowledge it. What seems to work best for blacks and Hispanics is the unfashionable exurban model. The kind of sprawl that white liberals hate is good for the upward mobility of non-Asian minorities.

The large town with the highest test scores in the country for both blacks (+0.7 grade levels above the national average) and Hispanics (+1.1 grade levels) is Frisco, Tex., a rapidly expanding exurb 28 miles north of Dallas. Frisco’s population has grown from 34,000 in 2000 to 152,000 in 2015. The median income is in the low six figures. The Frisco school district “looks like America” more than just about any other: It’s 11% black, 14% Hispanic, 11% Asian, and 59% white. That’s diversity.

Frisco’s white-black gap is 0.57 standard deviations and its white-Hispanic gap is 0.43, both a little below national averages and well below most other high-scoring districts.

Politically, Frisco sprawls into Collin and Denton Counties, both of which gave 65% of their vote to Romney. “America’s Team,” the NFL Dallas Cowboys, who might be culturally the most red-state institution in the country, are moving their weekday operations to Frisco this year.

Still, Frisco’s impressive scores suggest that increasing diversity can”t lead to Bernie Sanders” Vermont Utopia. Instead, the ruthless capitalism of the Texas Model might be the only one that a more diverse America can afford.