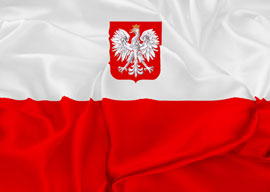 The upshot would seem to be that old-fashioned patriotism tends to work, but that’s not a fashionable lesson these days.

Looking ahead, Poland is one of the few countries in the world that can ignore my usual advice upon immigration policy: When you find yourself in a hole, stop digging. That’s because Poland never really started digging.

On the other hand, nobody is supposed to notice Poland’s advantage. In fact, Poland’s solidarity seems rather sinister to the contemporary mind: Something needs to be done about those Poles, with their disgusting lack of a diversity problem.

Thus, Merkel’s 2015 immigration offensive was particularly fraught for Polish politicians such as Tusk. Should Poland stand at the EU with its Eastern European neighbors”such as gallant Hungary”and risk being demonized as the New Nazis, or should it side with the mighty German bully?

As background, both major right-of-center parties endorse Poland’s continued membership in the EU. Poles benefit economically from their membership, particularly the access of Polish workers to the high-paying London labor market.

The Poles presumably assume that they deserve this European Union privilege because they are Europeans while Syrian and Afghans are not. But the concept of “Europeanism” upon which the EU was founded”that Europeans should be more neighborly to their fellow Europeans than to non-Europeans”is increasingly unmentionable in polite society because it’s seen as racist. For example, during the peak of adulation for Merkel before reality set in, she was widely praised for personifying European values by de-Europeanizing Europe.

In Britain, the conservative anti-EU United Kingdom Independence Party focuses its complaints about immigration upon “Polish plumbers” because they are white and thus are fair game for criticism. (In reality, Poles tend to be low-profile immigrants who don”t cause many noneconomic problems, except when extremely drunk. In contrast to Muslims, Polish behavior toward women tends to be polite and romantic, more Chopin than Borat.)

Thus, the year 2015 became an ignominious ordeal for Tusk when Angela Merkel suddenly decided to suspend an EU agreement and invite a million-Muslim mob into the Continent on her say-so.

Today, after the breakdown in the cover-up of the Cologne sex assaults, the world has largely woken up to how imprudent Merkel’s whim was. But even back in September, Tusk’s old center-right ruling party was not as dangerously naive about the costs of opening the EU border to massive numbers of Muslims as Merkel was.

Tusk tried to navigate a moderate course between the German leader’s whim and Hungarian prime minister Viktor Orban’s much-denounced attempt to defend Europe from demographic inundation. In early September, Tusk received praise for denouncing Orban for pointing out that most of the asylum seekers were Muslim.

But Tusk also tried to refocus elite attention on the need for prudence and defense. It was a depressing way to spend the fall. During the short-lived Merkel migrant mania that swept European elites, from the picture of the drowned Syrian child to the collapse of the Cologne cover-up, Eurocrats stepped up their sniping at Tusk for his lack of enthusiasm for the onrushing flash mob. Tusk was backstabbed by the slippery Luxembourg politician with the amusingly pan-European name of Jean-Claude Juncker, the President of the European Commission. Juncker sided with Merkel and her money, even though it should have been obvious that the Merkel plan to force refugee quotas upon EU member states was a diversion from the necessary work of the EU building perimeter defenses.

Having initially opposed the European Commission’s proposal for mandatory migrant quotas, the government decided to share the burden following the wave of migration during the summer. It had feared it was in danger of being labeled one of the least migrant-friendly member states by the Western media, and switched to a policy of “responsible solidarity” instead. At the September EU summit on the migration crisis, Warsaw went against the Czech Republic, Hungary and Slovakia and voted to accept 4,500″5,000 additional migrants, meaning a total of around 7,000 next year.

Law and Justice took a very different position. It argued that Poland should resist EU pressure to take in migrants and make policy decisions based on Polish interests. It warned there was a serious danger of making the same mistakes as many Western European countries, making Poles “guests in their own country.”

In the foreign press, the recent ascendance of majoritarian conservatives over corporate conservatives is being heralded as the End of Democracy. In part this is because “democracy” has slowly, surreptitiously come to be redefined as the opposite of majority rule.

After all, the globalist thinking goes: When you think about it, isn”t the very idea of Polish voters daring to stand up to the German chancellor and deciding as a free people to not import anti-Semites downright Hitlerish?