Does Israel Have a Backdoor to US Intelligence? 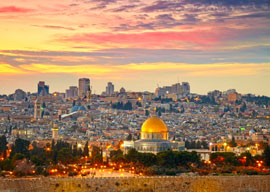 But what goes around comes around:

But Binney now suspects that Israeli intelligence in turn passed the technology on to Israeli companies who operate in countries around the world, including the U.S. In return, the companies could act as extensions of Israeli intelligence and pass critical military, economic and diplomatic information back to them.

What could you do if you knew who was calling whom?

The Efficient-Market Hypothesis taught at every MBA program says that you can’t beat the market consistently without trading on inside information, which is illegal. Economic theory thus implies that Wall Street should have become a low-margin commodity business, much like being a wheat farmer in South Dakota. A glance at the Forbes 400, though, suggests this hasn’t quite happened yet.

To get some sense of the long-term effects of constant electronic surveillance, one of the more intriguing perspectives comes from examining federal investigations into financial malfeasance, such as insider trading. If the government is in the mood, it can subpoena emails, phone records, and even order wiretaps to see if financial players know more than they ought to know.

For example, former McKinsey CEO Rajat K. Gupta, a member of Goldman Sachs’s board of directors, was convicted of insider trading for calling his billionaire buddy Raj Rajaratnam 23 seconds after he was done hearing from Goldman CEO Lloyd Blankfein that the vampire squid was going to announce a terrible quarter in late 2008.

Virtually nobody has been convicted of wrongdoing in the mortgage meltdown that set off the great crash of 2008, but the largest individual fine was the $67.5 million levied on former Countrywide Financial CEO Angelo Mozilo.

Much of the SEC’s case against Mozilo was based on frank emails the Ventura County golfer occasionally sent his executives, such as his sensible 2006 critique of Countrywide’s zero-down subprime mortgage: “In all my years in the business I have never seen a more toxic product.”

In other words, what plunged hyper-salesman Mozilo into the minimal amount of legal trouble he has endured were some of his rare moments of prudent management when he emerged from his Always-Be-Closing frenzy long enough to notice the looming risks.

One lesson to be learned is: Don’t use email, text messages, or anything else that leaves a digital trail. Face-to-face communications offer less legal danger, because in court who can remember exactly who said what?

Perhaps that explains something about the mysterious failure over the last couple of decades of what used to be called the Information Superhighway to decentralize elites. We were all promised that in the Age of Cyberspace it wouldn’t matter where we lived. No more having to live near an expensive, crowded city. Freedom!

Instead, it turned out that three metropolitan areas”New York, Washington, and San Francisco/Silicon Valley”became far richer, while much of the rest of the country got poorer.

It seems strange today, when the financial industry is so concentrated in the short stretch from Greenwich, CN to Jersey City, but back in the 1980s the biggest figure on Wall Street wasn’t on Wall Street. Instead, junk-bond king Michael Milken worked on Rodeo Drive in Beverly Hills. Milken had to put up with inconveniences to live in his native San Fernando Valley, such as being at his desk at 5AM every day to account for the three-hour time difference with New York. Yet even before the Internet, it could be done.

Then the elder Bush Administration nailed Milken on insider-trading charges and he went to prison for 22 months (which would be astonishing under the current Democratic administration).

One lesson that the financial industry may have drawn from the travails of these far-flung Californians is that it doesn’t pay to be so far away that communication inevitably leaves digital trails.

This doesn’t mean the government is defenseless against insider trading carried out in random restaurants in Greenwich. As Charles Ferguson pointed out in Inside Job, the state always has the ability to work their way up to Mr. Big by arresting some Manhattan call girls, getting them to roll over on Wall Street traders, then going after their managers who might have some dirt on the man in the corner office.

But that’s grittier police work than merely imposing electronic surveillance. The Obama Administration has shown little appetite for taking the Street to the mat.

What are some of the advantages of having the means to know who calls whom in the US? We can only speculate, but it’s perhaps not wholly coincidental that Israel has become a highly prosperous country, with investment flooding in. Moreover, the Israeli government is extremely popular in Washington, with Prime Minister Netanyahu receiving 29 standing ovations the last time he addressed Congress.

It could well be that Israel doesn’t actually have these snooping capabilities. But it apparently hasn’t hurt Israel that so many Washington and Wall Street insiders assume that Israel knows their secrets.