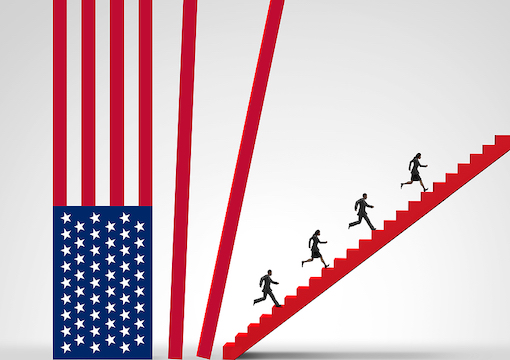 NEW YORK—Election-night parties are usually dreadful affairs, with the idiot box blaring and hysterical listeners screaming out the latest info. American TV pundits are smug trained seals with too much makeup and blow-dry, and they all sound the same with their rehearsed stentorian voices. Brian Williams, or the hero of Iraq as I call him after he got caught lying about a missile attack on the chopper he was riding—he was safely on the ground and trembling—sounded somber announcing that South Dakota had been called for The Donald. These so-called anchors no longer even pretend to be objective, and they had long faces when the predicted Biden landslide was gone with the dawn.

I too had predicted a Biden landslide, and was also wrong about a more important subject than the election—my dinner party. I had written that I would be the only pro-Trump diner, but it turned out we were six for the president and barely two for the man who lives in a basement and forgets his name at times. My guest of honor, Prince Pavlos, is required to be apolitical, although I can guess where his sympathies lie. Arki Busson is also apolitical, so I spent dinner asking him about Hollywood beauties he has known; but Arki is a sphinx when it comes to conquests, like the gent that he is. Bartle and Claudia Bull are a beautiful couple straight out of F. Scott Fitzgerald, and they didn’t mince their words. Bartle is a writer, filmmaker, and adventurer, and is often teased by us that he’s a top CIA operative. (He goes to places like Fallujah in Iraq for holidays, hence the suspicion.) My buddy Michael Mailer, needless to say, is to the left of Felix Dzerzhinsky, so no guessing was required as to whom he was rooting for. Two beautiful young women, Enga and Emilie, were too polite to express their choice, which suited me just fine.

“I actually believe that no foreign adversary of Uncle Sam’s has ever received such abuse as The Donald has.”

Exit polls showed that Trump won 18 percent of black men, 36 percent of Latino men, and 58 percent of white men. The last Republican to get as many black votes was when the man who lives in a basement could actually remember his name, back in the early ’50s. The media hysteria against Trump reached its apotheosis as the vote neared. I actually believe that no foreign adversary of Uncle Sam’s has ever received such abuse as The Donald has. After it was obvious that Biden had won, an MSNBC anchor by the name of Joy Reid complained of a “great amount of racism, anti-blackness ,and anti-wokeness.” What the hell? A blowhard by the name of Charles Blow of the Bagel Times went a step further: “It confirmed the power of White Patriarchy.”

Just imagine if the wokes had lost, what the rhetoric would sound like. One Jane Mayer, who hates rather a lot and would have envied but despised my dinner guests, writes in the magazine whose star writer was caught in flagrante masturbating on Zoom a couple of weeks ago, how Trump must feel like “a terrified little boy” because he will soon be “running from the law.” She then calculates that The Donald will abscond to a foreign country that has no extradition with the U.S. Hers is a long-winded article of hate and speculation about preventing a president from pardoning himself and how a corrupt president is a danger to the country.

I am used to the lies of the left, the quelling of free speech by Big Tech that runs counter to their PC culture, but what surprises me is how the people who own these media outlets—people whose grandparents and ancestors started out dirt-poor in the ghettos of Eastern Europe, came to America, worked hard, and prospered beyond their wildest dreams because of free enterprise—allow their editors to wage unremitting war against the country and the system that gave them their opportunity. The Sulzbergers, Bezoses, Newhouses, Zuckerbergs, and Dorseys of this world.

Never mind. The Donald was raged against from day one. Globalists, academia, the media, and the entertainment industry viewed him as a 21st-century Hitler. Now that 70 million Americans voted for him, the cultural elite has a new enemy, the 70 million who did. These “deplorables” are working-class men and women who go to church, work hard, obey the law, and respect tradition and their past.

I can picture Big Tech and media big shots asking each other where in hell did these blacks and Hispanics who voted for the monster come from? Who the hell are these yokels who never went to college to resist us so flagrantly? University grads mainly voted for Joe. High school grads went for The Donald. The elite are up in arms. So there you have it: Trump did not help his case by whining after losing. Decorum and dignity in defeat were never his strong points. My little dinner party was an oxymoron. We lost but took defeat elegantly. Michael Mailer did not gloat. Mind you, we were all so drunk by the time it was over, some of us were cheering that Eisenhower had beaten Stevenson. But those were the good old days. When JFK won the 1960 election by stealing West Virginia and Illinois, Richard Nixon refused to challenge for the sake of the country. Back then it was called patriotism, now only suckers play that game.