Everybody Must Get Stoned 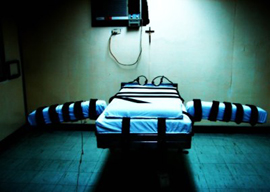 To achieve due process and equal justice among stoners, all social classes, races, and age groups must be represented according to their relative proportions in the state or local jurisdiction where the murder took place. Due process demands that the stoners be chosen by random selection from the electoral roll much as members of juries are. There can be no special exemptions for lawyers, the clergy, or conscientious objectors to capital punishment. Only those enfeebled by illness or extreme age can be exempt.

Today it is the duty of women as much as men to kill on behalf of the state. Now that women see combat in the American armed forces, we may assume that they can also hurl a mean rock as accurately and forcefully as any man. Half of those conscripted to take part in a public stoning must be female if modern principles of equality are to be respected.

The problem is that many women (and indeed many men) might refuse to undertake their vital civic duty of stoning a murderer to death. Under these circumstances it is difficult, at least in peacetime, to see how the objectors could be compelled to take part. If substantial numbers of people were to evade this vital social duty, the principle of equal justice would be overturned.

Even worse, we are faced with a harsh American paradox. The vast majority of Americans are so strongly in favor of capital punishment that any serious candidate for high political office must share or pretend to share their enthusiasm as the price of election. Yet very few would have the moral fiber to take part in a stoning. There is an inner moral tension within America that in most states is likely to lead to capital punishment’s abolition once the citizens are forced to personally carry out the decisions they have authorized. If the Americans legalized stoning, within a decade murderers would only get executed in Texas.