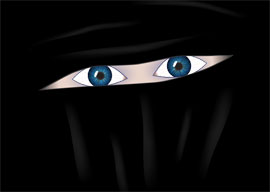 “Hi, girls!” I yelled at them and smiled. “Relax, this is Switzerland—put on your bikinis.” A fat man approached me pumping his fist and looking like Orlando Furioso. But the only real Orlando Furioso was the poor little Greek boy who told him to shut the f—- up, that this was still a free country and that he would be chewing on his gums sooner rather than later if his manner didn’t improve. Guess what? It improved. A couple of Swiss taxi drivers who witnessed the scene told me well done, but of course they wouldn’t dare do it themselves because their tips would suffer. And you should have seen Bernie Ecclestone’s waiters. They disappeared in case there was a fight, which was the last thing in the fat little man’s mind.

What’s sad about all this is not even the ghosts who walk up and down the street all day looking for jewels and expensive trinkets, but the fact that I was on Main Street looking for a ski shop and couldn’t find one. When I first arrived in Switzerland back in 1958, there was nothing but ski shops. Now it’s all splash and glitter, with the butcher and cheese shops replaced by “haute couture” stores that sell overpriced jewels to women who are not allowed to show themselves.

Is it still possible to find remnants of the old Gstaad? Well, if one goes climbing or walking up hills it’s very unlikely you’ll run into concealed persons in black. Also, while on the slopes one is safe from out-of-control ghosts on bicycles. But I’m a night person and like to hit the hot spots after midnight and that’s when my culture and theirs clash. I’m off to Tel Aviv-on-the-Hudson, so I shall have a bit of a rest, but I predict a rough winter. Between the Russians and the Caspers, I will be fighting on two fronts.