Free Speech or Hate Speech? I’ll Take Both, Thanks 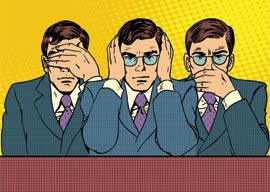 The Soviets’ proposal included this clause:

Any advocacy of national, racial, or religious hostility or of national exclusiveness or hatred and contempt, as well as any action establishing a privilege or a discrimination based on distinctions of race, nationality, or religion constitute a crime and shall be punishable under the law of the state.

In other words, while the Soviets were working thought criminals to death in labor camps and pulverizing the minds of political dissenters in psychiatric hospitals, at least they were protecting their citizens from “hatred and contempt.”

Modern hate-speech laws tend to be focused on preventing any honest criticism of globalist initiatives to erase national borders and shove all of the Earth’s inhabitants in one big pigpen under the same inescapable jurisdiction. And although they pay tremendous lip service to “democracy,” you have absolutely no say in that matter. And if you try to speak up about it, you will be jailed.

The EU’s Framework Decision on racism and xenophobia provides for prison sentences of up to three years for “publicly inciting hatred””whatever that means”against “a group of persons (or a member of such a group) defined by reference to race, colour, religion, descent or national or ethnic origin.”

The International Covenant on Civil and Political Rights“which is a legally binding document ratified by 168 parties”likewise attempts to legislate “hatred”:

Any advocacy of national, racial or religious hatred that constitutes incitement to discrimination, hostility or violence shall be prohibited by law.

I noticed that they didn’t bother to quantify what constitutes “advocacy,” “hatred,” or “incitement,” but it’s probably wise not to inquire lest I be charged with a hate crime.

And if you really want to get burned, try questioning the Holocaust in 14 European countries. Free speech was clearly never intended to protect such hateful questions.

Our social betters scold us that even though our wonderful government gives us the right of free speech, we do not have the right to yell “FIRE!” in a crowded theater.

But what if the government purposely crowded the theater with people who didn’t pay for an admission ticket, and those people are deliberately setting the theater on fire?

Nope. Still no right to yell “FIRE!,” because there’s a difference between free speech and hate speech. That’s why if you live in The Netherlands and criticize your country’s immigration policy, you may have Dutch cops knocking on your door. If you cast aspersions upon Merkel’s immigration policy on Facebook, Twitter, or Google in Germany, your comments will be officially disappeared within 24 hours.

In theory these “hate speech” policies are intended to protect poor,  oppressed minorities, but in practice they are designed to protect the government from criticism. It’s no coincidence that the slimy creeps at the Southern Poverty Law Center include the “antigovernment movement” among the “hate groups” whose words and thoughts they’ve appointed themselves to police and punish.

Such hateful turds want a diversity of skin tones, but not of ideas”especially any ideas that question the reigning global power structure. The gut-stabbing irony is that hate-speech laws are not designed to protect the powerless, but rather extremely powerful people who hate you deeply. That is why they deserve every last drop of your hatred. And it’s also why they’re trying to shut you up.