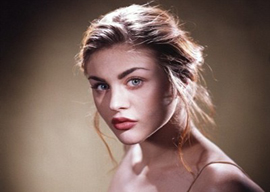 Last weekend the Coachella music festival kicked off in Indio, California and the Rock and Roll Hall of Fame induction ceremony took place in Ohio. The big fuss in Cleveland”where Donovan, the Red Hot Chili Peppers, the Beastie Boys, and Guns N” Roses were also inducted”involved Axl Rose. The rubber-faced rocker was noticeably absent from the stage when three original band members played using another singer. Apparently no one missed Rose and his egomaniacal antics. Too bad he owns the rights to the band’s name and was one of the best front men ever. Axl, you”re off your axle: Take a pill, let bygones be bygones, and get the band back together. Alternatively, Slash and the boys could take cues from the folks in Indio and project a hologram of young Axl onto the stage like they did of Tupac Shakur last weekend. The projection was so lifelike, the crowd in Coachella went nuts. Supposedly the less-than-sober among the audience were confused, since Tupac has been dead for 15 years.

Neither a hologram nor a mirage, an unknown New Yorker named Quamine Taylor was recently caught staying inside rapper/entrepreneur Sean “Puff Daddy” Combs‘s Long Island home. Taylor was allegedly taking up residence in Diddy’s house when Puffy-Poo was away, making use of his food, booze, and beachwear. Taylor is still in jail, unable to post $2,000 bail. Come on, Sean! This guy sounds pretty entrepreneurial just like you: Cut the guy loose and give him a job holding your umbrella.

Out West, some San Francisco residents are upset about a mobile strip joint that has been circling the Sunset District. What will Larry Flynt think of next”Hustler Air? Down in the Southland, that most peculiar of actors, Vincent Gallo, is suing the City of Los Angeles in an attempt to stop needless spending. Apparently a government program to improve downtown LA’s Art Deco district has done little but line a private company’s pockets at the taxpayers” expense. Gallo is one of the weirdest people I have ever met, but this is something I can wrap my head around without getting a migraine. I wish more stars would spend their free time cleaning up their own backyards and going after wasteful government spending rather than hosting expensive fundraisers to elect Democrats or save obscure foreign nations.