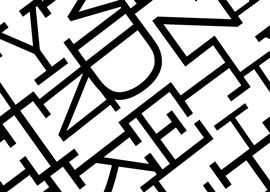 Once again, however, he undercuts his advice by choosing an odd example. The sentence he holds up as the epitome of a long yet readable unit of grammar contains 340 words and precisely zero visual images”and it’s from a novel.

Jesus H. Christ. Just because words are easy to understand doesn”t mean they aren”t masturbatory. Pinker seems to have forgotten his own scientific advice from earlier in the book: a third of the brain is dedicated to vision, so we had better write accordingly. And this is after he had a go at Strunk and White for giving advice that contradicts their own writing! The author of the passage in question turned out to be”brace for the surprise”Pinker’s bloody wife again.

And yet this ridiculousness is part of a handy chapter on syntax trees”a souped-up modern version of the old sentence diagram. Pinker’s explanation of the tree is clear as mud. But once you parse his advice on parsing sentences you find that he has once again wrapped a wonderful tool in a terrible package. The tree is a superior diagnostic for muddled sentences, and I found myself using it the minute I puzzled it out. Close on the heels of his wife’s horrifying novel writing comes this shrewd observation:

Like a bully who gives you important lessons in life, Pinker is, despite his ethical retardation, a great teacher of sorts, and I highly recommend the book to any young writers who believe they have the strength to plow through the bull. Take what you can and run.