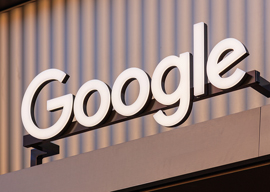 I’ve been to the headquarters in New York City and it’s one of the least diverse companies I’ve ever visited. The only black or Hispanic person I saw in the entire building was at the front desk where they check your ID. Upstairs, I’d say it was roughly 70% white male, 30% female, 15% Asian, and 15% East Indian. They get away with this because they make you sign a ton of nondisclosures right after you get past the front gate. Coding and organizing the world’s data is an incredibly rare gift. You can throw some random chick at it the same way you can throw some random fat guy into the NBA. Tech should be as un-diverse as sports. We’re talking about a phenomenally unique individual. The same goes for the military. We don’t let you join if you took antidepressants within the past year. There’s no way someone who doesn’t know what gender they are is ready to be part of one of the most mentally demanding professions in the world. When are we going to accept the hatefact that people are different and not everything has to be a perfect pizza pie of diversity that mirrors the population? Men dominate sanitation and trucking and other dangerous jobs because they’re less risk-averse than women. This is why they represent 93% of work-related deaths (a state James also dared to mention).

The women were so outraged by assertions such as women have “lower stress tolerance,” as he put it, they “skipped work” to try to tolerate the extra stress. The more we hear about this hateful document, the more it confirms itself to be true. This is why James was fired. He was naive enough to do his job and explain ways his company can improve. He questioned the liberal narrative and provided cold, hard facts to back up his points. He said we are living in an era where you will be punished if you say conservative ideas, and he was promptly punished for it. Google knows he’s right. They Googled it. They know the truth. They also know most of us can’t handle it.