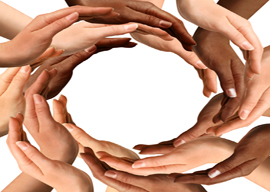 The notion of forever subservient African and American blacks was as idiotic as the belief that the descendants of the conquered and enslaved would never seek vengeance. SS chief Heinrich Himmler, a highly unlikely source of wisdom, understood that if you cross a people badly enough, you have to get rid of them entirely (if not by murder, then by removal). If you fuck over the adults, you can’t keep the offspring around for your own economic convenience. As he told a gathering of SS generals at Sonthofen on June 21, 1944:

I also want to answer a question which I am sure is on your minds. The question is: “Yes, of course, you’re killing the adult Jews. I can understand that. But what about the women and children?” Well, I have to tell you something. One day those children will have grown up. How could we be so contemptibly dishonorable as to say: “No, no! We’re too weak for this. Our children can take care of them. Let them fight it out, too!” When the little Jews of today are all grown up, they’ll vent their Jewish hatred on our children and grandchildren, who will have the same problem to solve as we did.

Bafflingly, Himmler’s nickname was not “Mr. Warmth.” But he was right. I’m not saying he was good, because he wasn’t. He was evil personified. But there is logic to his words. Eventually, the kids (or grandkids) are going to want revenge. This is a decent argument for why you should never enslave or mass-murder a people; your descendants may one day have to pay when the bill comes due (aren’t Germans to this day still paying the price for Hitler and Himmler?). And now whites in South Africa and the U.S. are paying the price for the actions of their ancestors. Is it fair? Of course not. But honestly, those ancestors were smart enough that they should have envisioned this outcome. White South Africa was a pipe dream. And now comes the revenge, small scale (individual murders) and large (land confiscation). The South African blacks will win; that’s a foregone conclusion. Here in the States, black revenge can take the form of a tyrannical racist newswoman, or a serial killer like Fredrick Demond Scott, who just last week was indicted for six murders committed as part of a plan to “kill all white people.” Unlike in South Africa, though, there’s no possibility of a “big picture” win for American blacks. As I pointed out a few weeks ago, they don’t have the numbers (nor do they have the…well, I don’t want to say “smarts,” so let’s just say practice, that Jews have at exerting a level of influence disproportionate to their numbers).

American blacks would do well to abandon the revenge mindset. Of course, a great many of them won’t, because power is relative. The U.S. will never be a black nation, but Camille Edwards was able to have her own little reign of terror over her own little duchy. Sure, people like Edwards (who may end up costing her station millions) only succeed in souring whites on the idea of hiring or promoting blacks, so it’s a self-defeating course. Even the South African blacks, who will certainly win the war against whites, will lose in the long run when the first famine hits after white farmers are banished.

But still, what we’re seeing now, with blacks in South Africa and here in the U.S., is tragically inevitable. Himmler didn’t do much good in his miserable life, but give credit where it’s due. He called this one.