Homosexuality: What’s Choice Got to Do With it? 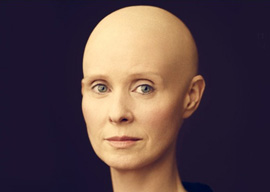 Public opinion has recently shifted—some would say it’s been deliberately molded—more toward accepting genetic rather than environmental explanations for homosexuality.

Listen, ladies—I don’t have a pink poodle in this fight. I always assumed that homosexuality worked like a grid where lines of biology and environment intersect. For some people, “being gay” could be entirely hormonal and for others it could be totally environmental. For most, it’s likely a mix. It all depends on where the grid winds up impaling you.

But as an inveterate mocker of leftist contradictions, I will note that the SAME people who are INSISTING homosexuality is entirely genetic are precisely those who for generations now have denied and dismissed the idea that “race” or “gender” are anything more than “social constructs.” When it comes to race and gender, they will only accept environmental explanations; but when it comes to what you do with your naughty bits, they will only permit biological alibis. For race and gender, it’s 100% “nurture”; for sexuality, it’s 100% nature. Like always, they make no sense. But I enjoy watching how they struggle to fit straight pegs into gay holes.

What I’ve seen of the scientific evidence for homosexuality is often intriguing but not nearly as conclusive as the Big Gay PR Firms would have you believe. Much of this “evidence” emerged in the early 1990s and hasn’t been improved upon since.

In 1993 geneticist Dean Hamer studied pairs of brothers who were very loosely defined as “exclusively or mostly” homosexual. He claimed to find a pattern in a specific region of the X chromosome that such brothers seemed to disproportionately share. This was widely trumpeted in the media as the landmark discovery of a “gay gene.” But Hamer and others failed to subsequently replicate his results. In fact, a 1999 Canadian study contradicted them. Hamer is a gay man who has reportedly stated he hoped his research would help end intolerance toward homosexuals. He also later claimed he’d discovered the “God gene,” so take whatever he says with a grain of DNA.

In a 1991 study, J. Michael Bailey and Richard Pillard found that when “homosexuality” existed in identical male twins, 52% of the time it occurred in both of them. This might suggest a genetic component, but it also means that in twins—identical ones—where one of them is a homosexual, in 48% of the cases the other one was not. This suggests environmental factors. And Pillard has confessed to possible experimental bias: “I’m confident that biological knowledge will prove [same-sex desire] to be a valuable trait, selected by evolution precisely because it contributes some quality that was useful, perhaps even essential, to the sudden ascendancy of human beings among all the primates.” Sounds a little gay-supremacist, dude.

In 1991 San Diego biologist Simon LeVay discovered a discrepancy between gay and heterosexual males in the size of a neuron group in the brain’s hypothalamus. However, his experiments were performed on cadavers of men who’d died from AIDS, and it’s uncertain how he determined his test subjects’ sexuality. LeVay’s test covered a small sample, has reportedly never been replicated, and its results were later contradicted by a study in the Netherlands. LeVay is also a gay man who’d lost a lover to AIDS and said that he felt “It’s important to educate society. I think this issue does affect religious and legal attitudes.” After abandoning genetics, he went on to direct southern California’s Institute of Gay and Lesbian Education.

A core problem with any biological explanation for homosexuality is that it seems anti-evolutionary. Any trait which discouraged breeding would presumably be bred out of existence. A possible workaround explanation comes from a 2004 Italian study that noticed female relatives of homosexual men tend to breed more prodigiously than women without gay relatives. It’s been suggested that both gay men and extra-fertile women may share a gene that makes them extra-attracted to men, and that any reproductive shortfall from the gay men is compensated by their hornily fecund hetero female relatives. But for now it’s merely a suggestion. Nothing has been proved.

Ray Blanchard of the University of Toronto discovered that the more older brothers a male had, the more likely he was to be homosexual. It has been postulated that with each succeeding birth, a mother’s womb develops immunity to male antigens, which may prevent the developing fetus from fully “masculinizing.” But again, it’s still only a postulation.

So that’s the primary evidence for the idea that homosexuality is genetic.

Now for the evidence that there may be environmental components. Don’t bite your pillow too hard….

Childhood sexual abuse appears to sometimes be a factor. A 1977 study found that girls who were raped before age 16 were equally as likely to identify themselves as lesbian upon reaching adulthood as they were to identify as hetero—highly significant because the estimated normal quotient of lesbians is five percent or less. A 1998 study reportedly published in JAMA concluded: “Abused [male] adolescents, particularly those victimized by males, were up to 7 times more likely to self-identify as gay or bisexual than peers who had not been abused.” A 2001 study printed in the Archives of Sexual Behavior revealed that 46% of homosexual test subjects reported childhood molestation compared to only 7% of adult heterosexuals.

Having gay parents may also be a factor. A 2010 meta-study concluded that children of gay parents wound up reporting “non-heterosexual identities” between 16% and 57% of the time, with the upper end occupied by female daughters of lesbians. This seems to suggest environmental factors are at play, but since these were gay people’s biological children, it’s almost impossible to sift genetics from environment. It would be best to study the eventual sexual “orientation” of the adopted children of gay parents, but to my knowledge, no such study currently exists.

Denying choice and insisting on genetics is part of a larger cultural pattern that abdicates all personal responsibility for one’s actions. Genes have also been “found” for obesity, schizophrenia, violence, and alcoholism. What if it turns out there’s a gene for “homophobia”? Will that lead to universal acceptance of homophobes? Will they be able to sue for civil-rights violations if some hateful homophobe-o-phobe hurts their feelings?

The “gay community” may not want to thrust so hard with this “genetic” angle, because if a “gay gene” is discovered and a prenatal test for it is devised, couples who wish to have grandchildren may choose to abort gay-gene fetuses and thereby gradually blot the gene out of existence.

One thing’s for sure—whether or not they were born gay, no modern gay person was born with that annoyingly militant gay political identity. That’s something you have to be taught. I understand they’re attracted to members of the same sex. What I don’t comprehend are these insatiably relentless demands for acceptance, but then again, I’m weirder than all those fags combined. Being accepted was never important to me.

Is it possible there’s a separate gene that makes people annoying? If so, let’s exterminate it.