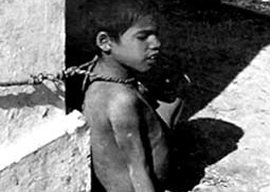 In the late 1990s, an attempt by the French right to condemn Hitler and Stalin’s human-rights violations in one sweeping statement brought forth a nasty rebuke from the French prime minister and was widely attacked in the French press. It seemed “outrageous” to liken acts that “flowed from a humanistic intention” to those of a “racist doctrine that relegates most of humanity to the shadows.” Presumably communist murders were less blameworthy than Nazi or right-wing ones because leftists defined “human rights” differently.

John McCain and other Fox News heroes go into a tirade every time Democratic Party leaders meet with the Chinese and fail to press them on “human rights.” Presumably we should be pummeling the Chinese with accusations about human-rights violations in between begging them to buy our devalued dollars. We”re also supposed to beat up on Putin for abusing the “human rights” advocates whom the National Endowment for Democracy finance in order to subvert the Russian government. If a foreign government tried such stuff with us, the feds would have the agents arrested and detained.

So which is it? Are we the supreme violators or the privileged upholders of human rights? One’s answer may depend on how long someone has listened to either Fox or MSNBC.

The best argument for ditching human-rights talk is that it stands in the way of saying something serious about one’s moral positions. The term “human rights” usually denotes something that one wants to impose or legislate universally. But why not frame these things as one’s personal beliefs rather than universal human rights? Isn”t it possible to address issues without spraying the listener with pious smarm?