Into the Remainder Bins 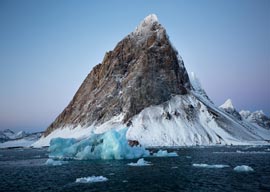 Yes, I know: our complaints against these eco-hypocrites have become tediously familiar, and seem to have little effect. To her credit, Saxifrage does address one of these, namely, the weird addiction these greenies have to air travel. Yet the National Post writer admits that this particular passage is “almost embarrassing to read”:

“But of course, we had to fly…every four years or so, we took a big trip to explore the world…Travel stories swapped with friends illustrated our adventurous spirits and interesting tastes.”

Were I an editor at the Post, I”d have struck through that “almost.”

The very notion of “climate change memoirs” provides minutes of fun. One eagerly awaits the release of Confessions of a (Locally Sourced, Organic) Opium Eater and Go Ask Alice (About Bee Colony Collapse.)

Now, my trendspotting track record is mixed. I”ve been predicting (nay, wishing for) the end of the vampire, tattoo and body-piercing “fads” for nigh on two decades, which means they aren”t fads anymore. I gave up shouting about “Peak Zombie;” it’s the craze that refuses to die. Ditto yelling (silently) “Burberry is DEAD!” at oblivious, beige-plaid-wrapped passers-by every year between October and March.

But occasionally I”m ahead of my time. So I hope I”m correct that the “climate change memoir” will quickly be laughed into the remainder bins, alongside all the “true,” trendy, junk science, female-generated “moral panic” sob stories of times past, like Sybil and When Rabbit Howls “ ideally, before they do as much damage as those books did.