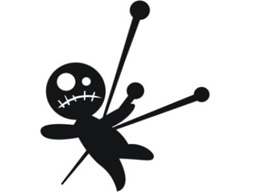 So these Koch (pronounced “coke,” as in “got any?”) brothers have morphed into a mile-high eight-armed monster called the “Kochtopus,” a term which, quite frankly, sounds a little octophobic to me. The Kochtopus is now being blamed for everything leftists hate in this lifetime and throughout eternity. They”re being blamed for buying the recent Wisconsin governor’s election, although if you were suddenly compelled to do something insane such as look at the actual numbers, you”d find three unions who each kicked down more cash to the Democratic candidate than the Kochs gave to Scott Walker. You might even learn that all Wisconsin unions and public workers welded together their angry oppressed fists to outspend the Kochs by a factor of at least 20-1, and that as a quotient of total Republican donations, the Kochs” contribution to Scott Walker’s campaign amounted to less than half a percent.

Less than half a percent. That’s roughly the quotient of black people who live in Saratoga, CA, hometown to polemical political writer and MSNBC meme-distributor Mark Ames, who roughly looks like a Turkish beeper salesman. Afflicted with a severe (but possibly treatable) lisp, Ames is the sort of fella who makes a point of telling you he eagerly bones 15-year-old girls well into his thirties and pops Adderalls in his mouth as if they were little candy hearts. His hometown’s laughably puny Black Quotient is noteworthy only because Ames never shuts up about this thing called “racism” and how Desmond Tutu once called Ronald Reagan a “racist” and how working-class whites are retarded bigots keeping the blacks down from, oh, one day even hoping to approach parity with them on intelligence tests.

Ames’s hometown boasts a median income of $138,206 and suffers a staggering 1% unemployment rate. Nearly a third of Saratoga’s households are perched up high in that oft-maligned “upper two percent” income bracket against which Ames is always railing. This is noteworthy because he seems to actually believe he’s marching alongside “poor, desperate humans” and the “impoverished” in some Iliadic Fantasy War against the “oligolopolists” who seek to crush and eviscerate he and his comrades. He claims to have lived “in poverty” and criticizes Cindy McCain’s “rich family connections.” He slams people “born into a filthy rich family” and the very concept of “inherited wealth,” failing to grasp that, hey, jerky, you were born into much cushier surroundings than the “lower 98 percent” will ever know. In a movie review, Ames criticizes a character thusly: “He behaves like some thrill-seeking rich kid committed to little more than his own whim.”

Takes one to know one, Chumpy.

Ames tends to insist the entire Tea Party movement”all of it, every last crumb and even the bedbugs”is merely a front for the Koch brothers” sinister plot to manipulate the dumb rednecks that Ames openly derides and whose minds he presumes are unable to hatch anything resembling a political opinion themselves. Apparently these Tea Party gatherings were not authentic “people’s uprisings” as the concept had been explained to him at Berkeley.

It couldn”t possibly be that, oh, someone lost a leg in Vietnam, lost their home last year, lost their job last month, lost their health insurance last week, and they”re angry and desperate and have made a conscious decision that this “Tea Party” thing most adequately represents their personal interests”no, these dumbfucks saw a 30-second commercial and were hypnotized.

He made a big public screaming ass out of himself last fall in The Nation by suggesting that the TSA scanner “Don”t touch my junk” scandal was not a legitimate public response to enhanced, aggressive, borderline-molestful airport pat-down procedures that had gone into effect a week or two earlier. That explanation would have been far too simple and extravagantly sensible. Instead, Ames blamed the Kochtopus. Nearly everyone in the world, even little starving children in India, called him out on his shoddy reporting, but he remained impenitent. He continued fingering the Kochtopus online, during speaking gigs on MSNBC and, possibly, in his bathroom at home late at night.

Last week, he called me a tool of the Kochtopus for expressing what I, in my mind-controlled robot-zombie confusion, had all along led myself to believe were actually my sincere opinions about the Wisconsin teachers” situation. He accused me of being a Koch “waterboy” rather than, say, a lifelong private-sector worker who thinks union teachers are useless fat entitled overcompensated crybabies who poop out a new crop of unemployable, uneducated retards with every year’s graduation. He also Retweeted someone else’s comment that I am “libertarian swine” who should be imprisoned. After Ames fired these shots, I offered to defend my article in a debate with him, he pussied out, and you can read all about that situation here.

Despite all his quixotic and possibly speed-fried assaults on the Kochs, I have yet to see Ames mention that Ãber-billionaire George Soros funds The Nation via the Nation Institute. He doesn”t take great pains to inform you that Soros owns stock in General Electric, which owns MSNBC, which routinely trots out Soros-funded puppet shows such as MoveOn.org, Media Matters, and Move America Forward as if they were impartial sources. Then again, Jane Mayer’s landmark New Yorker piece also carefully neglected to mention that several of the ostensibly objective sources she cited for her anti-Kochtopus novella”sources such as Rob Stein, Think Progress, the Center for Public Integrity, and NPR”all have received funding from George Soros’s scaly pterodactyl claws.

You know how the saying goes, Ames”when you point your hairy finger at someone, there are three fingers pointing back at you while your thumb’s stuck up your ass.

Cut the Adderalls in half next time. That way, the Kochs will only look half as evil.