Is Mitt Being Neoconned Into War? 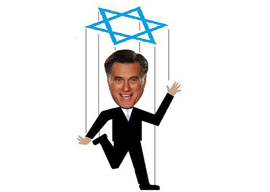 The governor seems to be aligning himself with Israel’s hawks who are demanding that not only must Iran swear off nuclear weapons forever, Iran must cease all enrichment of uranium, and dismantle the facilities at Natanz and Fordow.

Romney’s policy is zero enrichment, said Senor. Tehran must understand that “the alternative to zero enrichment is severe, and that’s why the threat of military force has to be critical.”

This is tantamount to an ultimatum to Tehran: Either give up all enrichment of uranium and any right to enrich, or face war.

Here we come to the heart of the issue, which may be impossible to resolve short of war.

Unlike its neighbors Israel and Pakistan, Iran has signed the Nuclear Non-Proliferation Treaty and has no nuclear weapons. The ayatollah has said they are immoral and Iran will not acquire them.

But under the NPT, Iran claims the right to enrich uranium and seek the benefits of nuclear technology. And in that decision, the people of Iran stand behind their government.

Is denying Iran the right to enrich uranium a reason for America to plunge into its fifth war in that region in a generation?

That appears where we are headed. Reportedly, Obama’s national security adviser recently briefed Bibi Netanyahu on the specifics of U.S. contingency plans to attack Iran.

Has Congress been briefed? Have the American people been consulted? Or are we simply irrelevant?

A decade ago, this country sent an army up to Baghdad to overthrow Saddam and strip Iraq of a vast arsenal of chemical and biological weapons we were told it had and was preparing to use.

Before we outsource to Bibi and Ehud Barak the decision to take us to war with a country three times the size of Iraq, we need to know:

Was the U.S. intelligence community wrong in 2007 and 2011? Is Iran hell-bent on building nuclear weapons? If so, where are they constructing and testing these weapons?

Finally, if Iran is willing to permit intrusive inspections of its actual and suspected nuclear sites, but insists on its right to enrich uranium, should we go to war to deny them that right?

But if we are going to go to war again, this time with Iran, the decision should be made in America, according to our Constitution, not by any other country.