Is Trump Right About NATO? 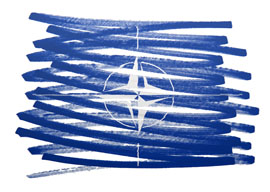 Kennan was proven right. By refusing to treat Russia as we treated other nations that repudiated Leninism, we created the Russia we feared, a rearming nation bristling with resentment.

The Russian people, having extended a hand in friendship and seen it slapped away, cheered the ouster of the accommodating Boris Yeltsin and the arrival of an autocratic strong man who would make Russia respected again. We ourselves prepared the path for Vladimir Putin.

While Trump is focusing on how America is bearing too much of the cost of defending Europe, it is the risks we are taking that are paramount, risks no Cold War president ever dared to take.

Why should America fight Russia over who rules in the Baltic States or Romania and Bulgaria? When did the sovereignty of these nations become interests so vital we would risk a military clash with Moscow that could escalate into nuclear war? Why are we still committed to fight for scores of nations on five continents?

Trump is challenging the mindset of a foreign policy elite whose thinking is frozen in a world that disappeared around 1991.

He is suggesting a new foreign policy where the United States is committed to war only when attacked or when U.S. vital interests are imperiled. And when we agree to defend other nations, they will bear a full share of the cost of their own defense. The era of the free rider is over.

Trump’s phrase, “America First!” has a nice ring to it.