Keep Your Ovaries Out of Our Wallets 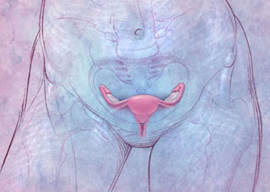 Ultimately, the Legion of Marching Ovaries” well-organized caterwauling caused Limbaugh to lose a few sponsors, so on Saturday he apologized for calling her a “slut.”

So maybe she’s not a slut, but did she have a point?

Either she’s fornicating like a rabbit or she’s getting soaked for contraceptives ($1,000 a year?), because even without insurance, she could buy generic birth-control pills for less than $10 a month at pharmacies within walking distance of Georgetown’s campus. If she bothered to walk three miles, she could get them for free at a number of local Planned Parenthood clinics. So her insinuation that women were struggling financially because they were unwilling to walk to free clinics is ludicrous.

Fluke and her supporters also liberally tossed around the word “rights,” insisting that women have a “right” to free birth control and that religious fanatics were trying to deny them this “right.”

Naturally they”re all “pro-choice,” too. Pro-choice? Yeah, I”m for that. So why can”t the university choose not to pay for your birth-control pills?

In political equations, it’s always best to consider who’s being coerced. No one’s forcing Sandra Fluke to have sex, although it appears she feels that someone besides her should be squeezed into paying for her contraception.

Some will argue that it’s cheaper for society to nix a fetus with a birth-control pill than to force society to pay to raise a child. That’s undeniable, but it also presumes that “society” should pay to raise everyone’s babies.

Fluke says the main issue is “women’s health,” which sort of implies that pregnancy is a disease. But “The Pill” is classified as a Group One carcinogen. In 2005 the World Health Organization said that oral contraceptives can be carcinogenic at certain dosages. The Mayo Clinic says “using birth control pills for longer periods of time increases your risk of some cancers….”

So how much does it really have to do with health, and how much is simply about political power?

Once you peel off the media glitz, it’s clear that Sandra Fluke and Rush Limbaugh are being used as chess pieces in this year’s electoral power play. There are around 75 million registered female voters and 70 million Catholic voters. One side’s trying to say the Republicans have declared war on women, while the other says Democrats are doing battle against Catholics. And neither side seems to care about anything beyond winning. Expect this issue to get as messy as afterbirth until the November election.

Mind you, I”m not against contraception. Look around you. Obviously there is far too little contraception in the world. I believe society would be healthier if contraception was so ubiquitous, the only people who had kids were those who chose to have them.

But if you choose to party, I don”t think it’s fair to expect others to pay your cleanup bill.