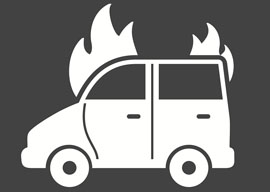 On the other hand, its more detailed warnings point out that there is a small chance of the disease deriving from the warmest parts of Europe. The French health authority specifies that the regions at risk are:

All sub-Saharan Africa and Cape Verde

Some nonwhites, such as Vietnamese, Chinese, and Tahitians, are not tested because sickle cell is not native to their homeland.

(East Asians appear to make up 1 to 2 percent of the population of France today, but they cause fewer problems than Muslims and blacks, so their profile is lower.)

Some percentage of white babies are tested for sickle-cell disease, but it’s not clear how many.

A fair number of white people in France have ancestors from southern Italy or Greece. Also, a fair number of Jewish French are at least in part from Algeria.

But the test is offered only to those who are descended on both sides from a region at risk. The government’s rules are:

Currently, for the newborn to be screened:

Both parents must come from a region at risk.

Only one of the two if the second is not known.

If there is a history of major sickle cell syndrome in the family.

So a baby who is French on one side and Sicilian on the other would not be tested.

It’s worth noting that this test is not offered to those who might have inherited one copy of the gene, just those who might have the disease because they inherited two. (The French government apparently doesn”t want to be accused of promoting eugenic knowledge, the way Orthodox Jews test for genetic Tay-Sachs risk, so it doesn”t offer people awareness of whether their children might be at risk before they are conceived.)

For example, if Barack Obama were born in France today, he would not be tested because he couldn”t have inherited a copy of the gene through his northern European mother. (And yet, on the 2010 Census, the president refused to acknowledge his white ancestry, marking himself down as only black.)

On the other hand, Barack and Michelle’s daughters might have been tested because they could have inherited the mutation through both parents. Or perhaps not. The French state specifies, “Both parents must come from a region of risk,” so the test might not apply to the Obama daughters, whose risk is half as great as if their parents were both fully black.

So babies who have one native French parent are not tested even if the other parent is black. It’s not clear what the government wants done for people like the Obama daughters, who are three-quarters black.

Let’s put all the potential adjustments in one place before I reveal the unadjusted 2015 percentage of newborns tested:

Some numbers of wholly European babies are tested because both parents come from the southernmost parts of Europe.

Some babies who are as black as Barack Obama are not tested because one parent is northern European.

All nonwhite Indochinese, East Asians, and Polynesians are not tested.

Overall, I”d guesstimate that these three adjustments about wash out. Maybe they would bump the real percentage of nonwhite babies up or down somewhat. It’s hard to say. But considering them all together, they don”t seem likely to bias the number all that much.

After all those preliminaries, here are the unadjusted percentages of newborns targeted for testing in France because both parents come from the Global South: