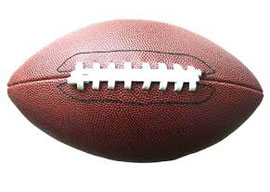 Panic ensued in the world of sports. The National Hockey League applied en bloc for Canadian citizenship. The World Wrestling Association asked preemptively for a waiver, saying that pro wrestling was essentially a dance routine.

Worse was to come. Ms. Steinboxer-Mowgli issued a press release stating, “I have just attended a baseball game, and was appalled. I witnessed a huge”ugh!“man violently hitting a ball with a stick. Yes, you may say, it’s just a ball. But in his mind it is a woman. After he hits it, another player picks it up and throws it as hard as he can at the first-base person, who has to protect himself or herself with a sort of glove-thingy. It is worse than dodgeball. And children watch this and imitate it.”

The legal wrangling went on for several years. It finally reached the Supreme Court as Mudgeon v. Toasties. The Court took jurisdiction under the Commerce Clause, since Mudgeon had been born in West Virginia and sometimes telephoned his mother in Wheeling, thus engaging in interstate commerce. Two of the justices recused themselves on the grounds that they had Alzheimer’s and couldn”t remember what the case was about. Cynics weren”t sure why it mattered.

In any event, the remaining seven justices ruled that under the Fourteenth Amendment, Mudgeon’s constitutional right to play football had been violated.

The Toasties” attorney said he couldn”t see what the Amendment had to do with the case. Speaking for the majority, which was all of them, recently appointed Justice Amantha Molotov-Ribbentrop said, “The Fourteenth Amendment in its majestic sway folds everything into a broad ambit.”

In its concision and clarity, this was held by MSNBC to be “a very model of what the Constitution is for.” The Toasties were ordered to instate Mudgeon as quarterback. All in the legal profession agreed that, post-Toasties, nothing would be the same. They were right. The American system had again functioned.

Finally Mudgeon got his chance. He was helped onto the field to face the Denver Mares. (They, too, had been ordered to change their name from the unnecessarily masculinist, violent-sounding Broncos.) On his first play Mudgeon handed off to a walking back who ambled down the field behind the inoffensive linepersons, avoiding discourteous contact. Since the walking back was female, as prescribed gender equity, men could not tackle her thanks to the Violence Against Women Act.

On the Mares’s three-yard line, Mudgeon threw a Hail Mary (or Joseph) pass, which was accounted a touchdown, as it wasn”t fair to penalize a largely blind quarterback for his physical infirmities. Then…

I need a drink.