My Wild Week and Wunderbar Weekend 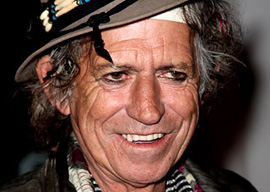 The party continued downtown at Balazs’s Boom Boom Room, a place where Nero would have felt right at home.

My hangover was still hovering a couple days later when me, the wife, and Reinaldo Herrera were driven north by a descendant of those who discovered the Northwest Passage—Wilbur and Clark, was it?—or such was the impression he gave. One year ago, on our way to and back from Graydon Carter’s Connecticut home, we spent the better part of the weekend in the car. It took six hours to go, seven to come back. This time it was an hour and thirty minutes to go and the exact same to return. The difference was that last year Reinaldo Herrera issued Magellan-like instructions which turned out to be the wrong town in the wrong state. This time the directions were perfect.

There is nothing quite like the autumn in New England. The countryside is aglow, with green turning to brighter hues: amber, gold, yellow-brown, and sulfur-red. Yellow, my favourite color, is ascendant. The colors alone make a hangover feel good, and as far as the forests and landscape are concerned, fuggedaboutit. There is nothing more beautiful than autumn, with Mother Nature throwing in a bit of sadness for good measure.

The Carter house is old, as in beautiful old, an 18th-century wooden structure whose charm is unsurpassed but whose size a vulgarian such as Roman Abramovich might look down on. (Incidentally, that tapped-out old bag The New York Times refers to that shameful London circus of Russian oligarch crooks battling in court as “A Clash of Titans.” If Berezovsky and Abramovich are titans, I’m Hector and Achilles rolled into one.) Anna Carter is a Scot and has that rare sweetness of nature and kindness of 19th-century heroines in novels—Jane Austen and all that.

We sat around all weekend telling funny stories about past shenanigans, five good friends of very long standing in a warm and cozy atmosphere. It made up for my debauched week. The only thing I regretted was missing my Low Life colleague’s book party, so when people—mainly my boy—remonstrated me about the state I was in, my response was that had I flown to London for Jeremy’s party it would have been far, far worse. When high and low life get together, the mix is great. Then comes disaster, followed by oblivion. Can’t wait to do it in the spring.