Noble Lies Are for Children: A Q&A With Jared Taylor 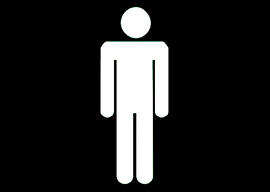 Have you taken the Harvard Implicit Association Test? What do you think in general of these kinds of bias studies by academic psychologists?

I have taken it. I was judged to have a “slight” prejudice against blacks, but 88 percent of white test-takers come out “prejudiced.” The Harvard test is not a good one, however, for a host of reasons. I prefer tests that directly assess activity in the amygdala or the fusiform region of the brain and that strongly suggest that race-based in-group/out-group distinctions are part of human nature. These tests are, ahem, covered in fascinating detail in Chapter 4 of my forthcoming book.

You once opined that “I want my grandchildren to look like my grandparents. I don’t want them to look like Anwar Sadat or Foo Man Chu or Whoopi Goldberg.” What do you think of someone like me, whose grandchildren will (presumably) look at least somewhat like Fu Manchu (sic). Holding a trivially different opinion? Misguided? Degenerate? Race traitor?

As a believer in complete freedom of association, I never condemn anyone who exercises that freedom, and in return I don’t expect to be condemned for the way I exercise it.

What accounts for white ethnomasochism”the Uncle Tim phenomenon? Is it guilt? Condescension to inferiors? Or the manifestation of some racial trait peculiar to whites?

I’m stumped. Even the Yanomamo and the tribes of Irian Jaya think they are hot stuff and want their people and traditions to endure forever. Only whites”and only in the last 60 or 70 years”have been seized by some form of mass insanity that requires them to believe that their mere existence is an offense to others and that the desire to live in a white society and enjoy European culture is “hate.”

There are theories about how this happened, but none is adequate. The people who discovered the continents, named the elements, applied the laws of science”built the entire modern world, for heaven’s sake”have been replaced by pod people. Just how an entire race can be denatured in only three generations is a great historical and psychological mystery.

And, no, it’s not the schemings of “the Jooz.” There is something about Western man that makes him uniquely susceptible to demands made in the name of Western values by people who, themselves, have nothing but contempt for those values.

You were raised in Japan, are fluent in Japanese and intimately well-acquainted with that culture. Did that contribute to your present beliefs? Do you just want white people to emulate the Japanese in preserving themselves as an intact people?

Believe it or not, growing up in Japan had no effect on my thinking. My parents were earnest liberals who succeeded in making a good little liberal out of me. I enjoyed being a liberal”ignoring the facts, believing in miracles I never knew were miracles, and feeling superior to hardhearted conservatives. My liberal illusions lasted well into my 30s, when they finally foundered on reality. History and economics courses in graduate school and months of travel in West Africa certainly helped open my eyes, but the result was something like full circle: Yes, I do want white people everywhere to be like the Japanese, who understand that only Japanese can build the Japan they love and hope to leave to their children.

You’ve been plowing your lonely furrow for 21 years now. Are there any conceivable developments in the national life that would cause you to say, “My work is done” and sheath your pen (keyboard, whatever)?

First, it’s not lonely. A great many Americans have managed to fight off the pod people, and like all unconventional thinkers, they tend to have unusual, quirky, entertaining minds. Meeting so many of them has been one of the great rewards of public dissent. We are a happy band of brothers and sisters. What we lack is political representation and a clear voice in the aboveground media.

My work will be done when the following two things happen:

At a PTA meeting in Dubuque, Iowa, a Hispanic parent complains that not enough Hispanic children are getting into the gifted program. A white mother explains that it is simply a matter of different group averages and that the selection process is fair. The meeting moves on to the next agenda item.

That same year, the Senior Senator from Massachusetts explains his vote on the newly passed immigration reform bill by saying that he wants to be sure his grandchildren do not become a racial minority.

So you can see that I won’t be able to sheath my pen for at least a few more months.

Which speakers would you say are the top draws at this year’s AR conference?

First, our European mystery guest. He (or she) represents the best in European nationalism today: attractive, sensible, practical, and deeply committed to the people and culture of Europe.

Second, Jonathan Bowden, who is British. The first time I heard him speak, it fell to me to introduce him. I had been told he was a good speaker, and I self-deprecatingly told the audience that when Mr. Bowden took the podium it would be like those humiliating joint press conferences George W. Bush and Tony Blair used to give in which the president would stumble around in his tongue-tied way while the PM spoke in clear, ringing, complete sentences. Of course, I didn’t believe a word I was saying.

I should have. Mr. Bowden is a force of nature, an orator who could have made a dazzling career for himself had he not been, like me, earnest about the survival of his people.