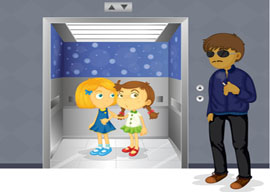 Now, obviously not all liberals are pedophiles. Not all Muslims are jihadists, either, but all jihadists are Muslim. Not everyone who blocked that bus in Portland was a sexual deviant. However, the driving force behind their movement has been unduly influenced by degenerates and, yes, pedophiles. There is a very disturbing pattern going on where it looks like, once again, the most depraved creeps have hijacked the decadence of the left and turned it into a justification of their nauseating fetishes. Look at this bizarre trend of the liberal media justifying pedophilia. Slate, Salon, and Vice seem hell-bent on “normalizing” child rapists. Isn”t that a little worse than normalizing white supremacy? Pizzagate still sounds like a nutty conspiracy theory to me, but there are still a lot of unanswered questions. Why was Luke Kuhn recorded at the epicenter of all these child-sex allegations, Comet Pizza? I believe the Spirit Cooking controversy is likely just political nerds excited to hang out with an avant-garde artist, but it pays to be curious, especially when surrounded by all this other, real evidence. We don”t suspect that former congressman Anthony Weiner is facing child-porn charges. We know it to be true. USA Today didn”t consider it to be a conspiracy theory when they wrote about one of Obama’s top donors, Terry Bean, who was charged with raping a young teenage boy. Bean was very active in the gay-rights movement and worked closely with the Democrats. He also put his dink in a kid’s butt. The NY Post is not the Weekly World News and they ran the story of Clinton pal Jeffrey Epstein, who was caught trafficking teenage girls on a scale exponentially bigger than Charles Wade.

This isn”t a conspiracy. It’s history repeating itself. In the 1920s we had Weimar culture, where intellectuals justified the rampant prostitution of Berlin that had everyone from Grandma to her grandchildren being sold for revolting and elaborate sex acts. In the 1950s and “60s we had beatniks such as Allen Ginsberg, who later came out as a proud lover of young boys. He even joined NAMBLA! In the 1970s we had more Marxist intellectual sabotage with Michel Foucault, Jean-Paul Sartre, and Simone de Beauvoir fighting hard to lower the age of consent to 13 or 14. Simone and Sartre are portrayed as brilliant revolutionaries, but they were Nazi sympathizers who systematically raped their students. Today we have Epstein and Bean and these Antifa pigs. The one thing they all have in common is duplicity. They pretend to care passionately about justice yet turn a blind eye when it doesn”t suit their narrative. This is because they don”t care about justice. All they care about is self-gratification, and if America has to be burned to the ground to satiate the fire in their loins, they want it to turn to ash. Unfortunately for them this isn”t Rome, and the only thing we”re going to let burn is them.