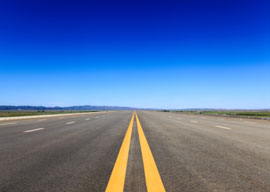 So on Friday I”m off to Nashville for the American Renaissance conference. So it’s held in a lovely state park 40 miles from the airport. So I have friends flying in from New York at the same time I arrive. So (all right, I”ll stop) we meet up and rent an SUV”which we promptly christen the Hate Bus”and drive off to the park singing songs of hate.

I”m first at bat Saturday morning with a talk on “China, America, and the Chinese in America.”  I”ve set it up as a PowerPoint presentation to last precisely 45 minutes, which it does. Unfortunately, AmRen founder and organizer Jared Taylor had wanted it to last 40 minutes, with five for questions. Either he forgot to tell me this or I forgot he told me. For the last five minutes he’s making incomprehensible hand gestures at me with increasing urgency, but I”m sailing under full canvas by this point and take no notice. At last he turns up the lights so the audience can”t read my screen. I keep going anyway. Cue (my version of) Kipling:

But there is neither East nor West, Border, nor Breed, nor Birth,”¨When two control freaks stand face to face, tho” they come from the ends of the earth!

The conference was, everyone agreed, a great success. I saw many old friends and made some new ones. Yeah, I know, I missed the after-banquet party Saturday night, and I”m sorry. It had been a long week, what with zinc dyshomeostasis and all.

The only disappointment was the protesters, a smaller group than last year, who didn”t stay more than a couple of hours. I didn”t get a chance to check out their placards, but they were flying an interesting flag: the red-yellow-purple flag of the International Brigades in the Spanish Civil War, except that the star in the center had five points instead of three. What’s the matter with the left nowadays? Can they not even get their emblems right? Or perhaps it was some tribute to the Vietcong, what do I know?

The star of the conference was RamZPaul, who spoke at the banquet to general acclaim. If ethnic humor ever makes a comeback, RamZ will get seriously famous.

Home on the 27th to a lovely spring day on Long Island, daffodils out in the garden and buds popping on the trees. Road warrior, yeah!