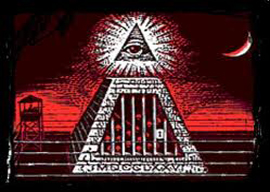 Ukraine’s Orange Revolution was marked by mass demonstrations in Kiev to overturn the election of a pro-Russian leader and bring about his replacement by a pro-Western politician who sought to move his country into NATO. The Orange Revolution first succeeded, but then failed.

A U.S.-engineered Rose Revolution in 2002 overthrew President Eduard Shevardnadze of Georgia and brought about his replacement by Mikheil Saakashvili, who then invaded South Ossetia, to be expelled by the Russian Army.

Following the assassination of ex-Prime Minister Rafik Hariri, a Cedar Revolution, featuring massive demonstrations in Beirut against Syria, effected the withdrawal of its occupation army from Lebanon.

In Belarus, however, marches on parliament failed to overturn an election that returned Alexander Lukashenko to power.

The Tulip Revolution brought about the overthrow of President Askar Akayev in Kyrgyzstan. But that, too, did not turn out as well as we hoped.

When one considers the long record of U.S. intervention in nations far from our borders, that an ex-chairman of Freedom House is the former CIA Director James Woolsey, that the longtime chairman of IRI is the compulsive interventionist John McCain, who has been trading insults with Putin, and that Kenneth Wollack, president of NDI, was once director of legislative affairs for the Israeli lobby AIPAC, it is hard to believe we are clean as a hound’s tooth of the charges being leveled against us, no matter how suspect the source.

One recalls that, in 1960, when the United States said a weather plane had strayed off course, and Nikita Khrushchev said it was a U.S. spy plane they had shot down, the Butcher of Budapest turned out to be telling the truth.

Instead, why is the U.S. government funding Freedom House, IRI and IDI, if not to bring about change in countries whose institutions or policies do not conform to our own?

As Leon Trotsky believed in advancing world communist revolution, neocons and democratists believe we have some inherent right to intervene in nations that fail to share our views and values.

But where did we acquire this right?

And if we are intervening in Egypt to bring about the defeat of the Muslim Brotherhood and Salafis, and the Islamists win as they are winning today, what do we expect the blowback to be? Would we want foreigners funneling hundreds of millions of dollars into our election of 2012?

How would Andrew Jackson have reacted if he caught British agents doing here what we do all over the world?