Parenting From the Grave 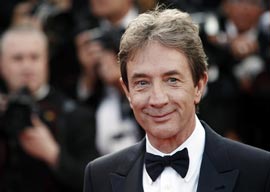 Metallica’s James Hetfield personifies this trend, with a father who walked out on him at 13 and a mother who died of cancer three years later (likely due to the father’s Christian Science dogma that vilifies medicine). The deadbeat dad documentary Absent describes Hetfield’s “deep anger” over what happened and how it led to the formation of Metallica. I saw the band tour their debut album Kill “Em All in Ottawa in 1985 and it felt like we were in Dresden in 1945. We had never heard music like that before. It was a deafening onslaught that was so angry, it seemed to be coming directly from Hell. “Running! On our way” threatened Hetfield in “Seek and Destroy“ and then, “Hiding! you will pay / Dying! One thousand deaths.” They had created a new kind of metal that was so intense, it had to be renamed thrash. It takes resilience to create music with that kind of rage for more than one or two albums, especially when everyone’s getting wasted. Metallica have done it for at least ten and that includes the years they were called Alcoholica (the death of bassist Cliff Burton only appears to have only solidified the band’s resolve).

Being conservative in New York City is like being a metalhead in Salt Lake City. To become a Fox News (located in midtown) contributor combines this leper status with a tireless need to succeed. Who better for this position than someone who has suffered the loss of a parent? Former Red Eye host Greg Gutfeld lost his father at age 20 and in an article entitled, “In Praise of Fox News” Greg Gutfeld” the New Yorker said he, “has a remarkable knack for saying ridiculous things without getting himself fired.” Gutfeld recently left Red Eye to begin work on his own Fox News show.

Tucker Carlson has survived countless ups and downs in the media business from CNN canceling his show Crossfire to MSNBC terminating his show Tucker. He keeps bouncing back, however, and is now co-hosting the show Fox & Friends. At a young age, he also survived a hippy-dippy mom who got bored of parenting and simply walked out the front door when Tucker was six. She canceled the hit TV show “his childhood” and eventually a way better mom came along. This appears to be mirrored exactly in his career.

Megyn Kelly’s father didn”t walk out, he peaced out. When Kelly was 15, her father died of a heart attack and she went from a chirpy cheerleader to a woman on a mission. In a recent cover story in the New York Times Magazine, we learn about the tireless slog she powered through that went from not getting into Syracuse’s communications program to paying off student loans by working in corporate law to pushing homemade sizzle reels on network affiliates and eventually climbing her way from WJLA to Fox with MSNBC and CNN clamoring for what the magazine calls, “a Megyn moment.” Kelly isn”t just a successful anchor at Fox. She is redefining the brand by asking unpredictable questions that don”t adhere to the right-wing orthodoxy. Her bravery makes for good TV and it’s bringing young people over to the network, which gives her the key to the future by proxy. You can”t live forever if your audience is dying of old age. Kelly makes no bones about the influence her father’s death has had on her career and in a 2014 article entitled “A Defining Moment in Megyn Kelly’s Life: Her Father’s Death,” we learn she “is haunted by death and mortality” and “she credits it with pushing her forward with the urge to wring everything out of the time she has.”

It’s humbling as a parent to see all these people thrive without you, but it’s also a relief. We don”t have as much power over our children as we think, and sometimes the best thing a shitty parent can do for his family is cease to be.