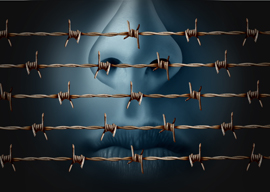 To begin with, free speech does not and has never “take[n] precedence over every other constitutional principle and every other community principle.” It has long been a principle that we weigh in relation to competing ones. What Butler wants is coercive speech, for us to have to address people using “ze” and “zir” and the like. Her premise is that if we don’t do so we will “demean” others, deny their “dignity,” and so on.

The trouble here for Butler is that we are not obliged to agree with the (pseudo)philosophical foundation on which her (mis)conception of gender rests. For although she is famous for the loony idea that gender is merely a social construct, this view cannot withstand scientific scrutiny. Furthermore, as Ryan T. Anderson has demonstrated, it is internally incoherent.

Besides, it is absurd to believe that by not using a person’s preferred pronoun you thereby do him or her psychological harm. Why must people care about what others think? There is no wisdom and no self-reliance in Butler’s position, which places one’s sense of self-worth in other people’s actions. Against the pathetic attitudes of Butler, powell, Roland, and their ilk, I posit William Blake’s maxim: “Always be ready to speak your mind, and a base man will avoid you.”

Although these professors are vulgar fools, they are still profoundly influential. Thus, a 2015 study found that 40 percent of millennials, a larger proportion than in any other age group, would advocate the government censoring speech that is “offensive to minority groups.” Earlier this year a poll asked university students which is more important, free speech or diversity and inclusion; 53 percent said inclusion and diversity, 46 percent said free speech.

Behind these figures there is a significant gender difference: 61 percent of men favored free speech, while only 35 percent of women did so. Michael Barone comments:

That percentage is of particular concern because women now make up the majority of college and university students. They appear to be a preponderance of the campus administrators who administer and enforce schools’ speech and sexual assault codes, at a time when administrators outnumber teachers in higher education.

Psychological studies over many years conclude that women tend to prize agreeableness and consensus, whereas men tend to seek out conflict and competition. One can easily imagine evolutionary explanations for this group difference, which, of course, is not apparent in every individual.

Female students’ willingness to subordinate free speech to political values is disturbing in a time when habits of mind and behavior developed on campus tend to leach out to the larger society.

This attitude was on display when Google fired engineer James Damore for circulating a memo arguing that the company’s efforts to achieve gender equality were ineffective. [In response to indignant female employees,] Google executives Sundar Pichai and Susan Wojcicki inaccurately accused him of saying women are inferior. His real offense: saying things that were politically incorrect.

Those who have welcomed women’s greater opportunities and increasing achievements have assumed that a less male-dominated world would be more welcoming and free. The campus poll and Silicon Valley practices suggest that it may turn out to be…more Orwellian.

To the studies Barone mentions it should be added that women (on average) are higher in altruism, in conformity, and in neuroticism than men. Add to these differences the greater number of women in academia, and it seems clear that much of political correctness is attributable to women.

Simply consider how this plays out psychologically. With their greater altruism, women care more about other’s feelings than men. Since they are higher in negative emotions (neuroticism), they are more readily offended than men. They also tend to value conformity or consensus more than men do. And it’s owing to the collective power of these traits that large groups of women are so formidable when it comes to enforcing “speech codes,” demanding “safe spaces,” alerting “bias response teams,” and so on.