Pulling Our Hearts out of Our Brains 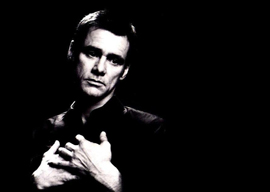 Bill McGowan’s book Coloring the News confronted the media’s hatefactphobia long ago. His chapter on abortion discusses a small-town reporter named Ruth Padawar who decided to ignore the dogma and do some good “old-fashioned legwork and basic mathematics.” By cold-calling clinics all over New Jersey, she calculated that 1,500 partial-birth abortions had occurred that year. Considering there are approximately 54,000 abortions a year in New Jersey, that means 2.7% of them are partial-birth. If one were to extrapolate New Jersey’s statistics nationwide, 2.7% of 1.6 million equals 43,200. That’s 10,000 more than gun-related deaths. So why isn’t Obama in a huff about Gosnell? Where’s the hilarious video mocking abortionists?

I think it makes sense to give everything that kills 0.01% of us an equivalent amount of attention. Things that kill a fraction of a tenth of a percent can certainly be mentioned on page 37, but we don’t need to worry about them. Thanks for the heads-up, Hollyweird. I’ll keep an eye out for bee stings, too.

It’s not a fashionable time to be talking about domestic terrorism or terrorism in general, but only 16 Americans have been killed this way since September 11th. Salon laments that “White terrorists are dealt with as lone wolves,” while “Islamists are existential threats.” So? White terrorists are lone wolves and if you include Islamic terror across the globe, the tally of their attacks hovers around 20,000. Islamic terror is not only existential; it’s downright ubiquitous.

If we can all just pull our hearts out of our brains and not allow trends to dictate what matters, we’re left with three things worth discussing: Gay marriage, smoking, and obesity. Believe me, I was as disappointed to see these numbers as you are. I hate talking about all three of these things, but hate is an emotion and emotions lie.

Gays are only 1% of the population, but that’s a hundred times more people than any of the topics mentioned above. I am very dubious of their quest to get married. They have huge problems with infidelity, and I’m convinced many of them are just stomping their feet because they think this is a good venue to showcase their “rights.”

Smoking kills an estimated 443,000 Americans a year. That figure may be exaggerated, but you’d have to divide it by at least ten to make it as irrelevant as gun deaths. Bloomberg’s nanny state is bordering on Stalinist. You’re not even allowed to smoke in a public park in New York. In California, they want to ban you from smoking in your car. It’s infuriating, but it’s a relevant discussion because it involves ten times more deaths than breast cancer.

Which leaves us with a bunch of fatsos. An estimated three hundred thousand Americans die each year from obesity-related causes”ten times as many as gun-related deaths. I hate the nanny state and believe every American should be able to eat whatever he wants whenever he wants. But I’ve interviewed doctors about this, and the epidemic is worse than you might think. Libertarians say Ã  chacun son goÃ»t, but we’re already paying for the immense costs that result from bad eating habits. Being gigantic tubs of lard isn’t only making our pants too tight; it’s emptying our pockets. I hate to admit it, but in the case of obesity v. gun deaths, Michelle Obama’s pet cause is about ten times more germane than her husband’s.

The only way to retain our sanity and make sound policy that provides a future for our children is to stop worrying about what issue is fashionable and do the math.