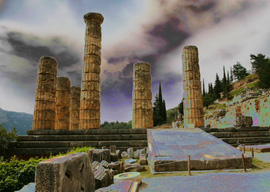 What’s the scoop on Egypt?

Not good enough, said I. I need a definite answer. I’ve paid through the nose, your highness.

She gave me the kind of look I wouldn’t give to a slob like John Podhoretz or a twisted midget like Bill Kristol. “Don’t be cheeky, young man—Egypt is more complicated than those idiots who cheered the Arab Spring ever imagined. Democracy and theocracy do not together go, and half of Egypt wants the latter while the other half wants the former. Egypt will remain in chaos for a while, then some army general will step in and there will be more riots, then another Spring, then more Islamist groups. I can only give you answers. I cannot fix Egypt; it’s not my job.”

I apologized for mentioning money. What about Yemen, Bahrain, and other Gulf States swimming in money and quashing democracy?

“What about them? They will remain as they are, ruled by a small band of brigands friendly to the West and will continue trampling on the rights of anyone who stands in their way. Iran is too weak to help fellow Shiites in the Gulf, what with Israel and Uncle Sam about to bomb it to smithereens in order to make Likudists sleep better at night.”

“Don’t make me laugh, I’m already very stoned. In all of Africa the official winner of an election is not recognized by the loser because most if not all the time the election has been fraudulent. There are always two self-declared presidents who jostle for attention and then mayhem ensues. Next question.”

This is the $64,000 one, high priestess—what will happen in Russia?

She furrowed her brow and took a deep drag. “With every passing day fewer Russians believe the elections were fair. Putin is hemorrhaging support, but now is my time to ask you a question: When was the last time there was a fair election in Russia? Putin will survive the pressure. He still has a majority and he will be the next president. Where is my $64,000?”

Poorer but wiser I left, as she seemed to have fallen asleep. I never got a chance to ask her about the American elections, but it’s just as well. I wouldn’t wish to embarrass a 2,500-year-old lady by bringing up Newt Gingrich’s remarks about how the Palestinians are a made-up people. Groveling to AIPAC is fine for Republican candidates, but ass-licking is simply not done—or at least not mentioned in front of a high priestess, and I mean high.