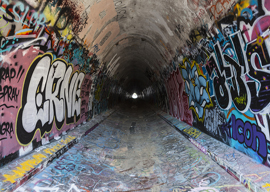 Hume, of course, really was an ironist; in my distant youth I even read an entire”though slim”volume on his irony. But what is meant ironically is often one day taken literally and, ironically, most book burning is to promote sophistry and illusion rather to combat them.

One learns from reading these old, unconsidered, and forgotten books that our current problems and anxieties are not quite as new or unprecedented as we are inclined to think that they are. Brown, writing of both Communist and Nazi propaganda, says:

The mass-myth fascinates a fatigued or baffled or frustrated people; it demands no critical power…it is easy and it flatters. It puts a splash of colour into the citizen’s life if he can imagine himself as the instrument of a Mighty and Magnanimous Force…. Besides, he soon sees that, if he plays his game shrewdly, he can become one of the chosen, the party, the brotherhood, the shock troop, in short a gangster in a community where rights have been abolished…

Who, reading this, does not think of the attractions of Islamism, the latest totalitarian ideology? Those who rush off to join ISIS have often led lives of moderate dissoluteness before they become puritanical assassins. Brown tells us:

Sin is a fine word. It hits the ear like a clap of thunder. It gives the ordinary man, who plods along in the routine of work and habit, something of a kick to be told he is a miserable sinner. He begins to feel important…it excites the student to learn that he is a Miserable Sinner and that a shock-troop of Life-changing Evangelists are fighting for his immortal soul.


Self-importance: That is Man’s recurring problem.