Rise of the Stoics 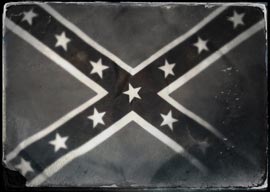 The Supreme Court’s Brown v. Board of Education decision wrestled this duty away from the aristocracy and transferred it to the federales. Lee actually explores the complications of the Court’s decision in her newly released (but composed previous to her landmark novel) Go Set a Watchman. In the book, Finch calls the Brown decision “the Supreme Court’s bid for immortality””not a far-off description of Obergefell.

Percy was careful to separate Southern stoicism from Christianity. Where the Stoic watched carefully over the rights of the underclass, he did so not out of love for human dignity but to retain heritage and tradition passed down from before. Christianity actually welcomed integration of public schools. “The Christian is optimistic precisely where the Stoic is pessimistic,” Percy wrote. With the forcing of same-sex marriage on the nation, it appears now that even Christian Southerners are forced to push back on federal overreach.

Nonparticipation is one of the few remedies left to take in a country where majoritarian impulses rule. As public life becomes secularized, faith is forced into private life. As much as I admire the social cohesion that defines a country and its people, it’s becoming increasingly clear that in America, anyone with a conservative Christian mind-set is no longer welcome to express their views. The only course of action left to take is a retreat in the form of opting out.

Thus, the one worthwhile option for conservatives looking to uphold their sincerely held beliefs is to strategically drop back from engaging in certain parts of public life. It’s already happening across the country. Bakers are closing up shop after being pressured to prepare cakes for same-sex weddings. More parents are choosing to homeschool their kids instead of sending them to public schools that teach gender fluidity. And now county officials”actual government employees”are refusing to abide by the government’s dictate on gay marriage.

The American South is normally regarded as the backwards part of the country. But on the topic of government resistance, those down-home, deep-fried, Christ-believin” folks are well ahead of the rest of the nation.