Rust on the Iron Law of Wages 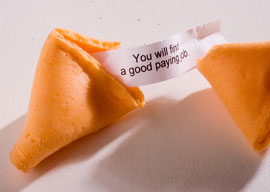 Then production again caught up with demand, chiefly through automation. Since people now had everything they needed or wanted, the economy needed to sell them things they didn”t want. There was now more supply than demand, so industry demanded more demand, and advertising stepped in to supply the demand for more demand, the demand for advertising supplying…(this sentence may be getting out of control, but you see what I mean).

Meanwhile companies frantically sought anything, anything at all, that a sated public might be persuaded it needed. Some of these things, perhaps inadvertently, were useful or marginally entertaining. Others were neither: People magazine, designer anything, curious garden instruments. Much of the advertising was piratical in nature, not trying to sell anything new but only to steal a competitor’s market. Laundry soap, for example. New! Improved! Tide! With! Three! Enzymes! Wowee! Zowee! It began to sound like a Batman fistfight.

We see that the market for merchandise and the labor market move in parallel: pretend jobs and phony demand. We have what looks like high endemic unemployment among people who were in the work force. Among these are highly intelligent folk who now can”t get work managing a McDonald’s. They are told they are overqualified.

Where is it heading? In principle the manufacture of anything can probably be automated. So”watch”can a lot of routing administration. Do we accept a growing level of idleness, putting more and more people on welfare, unemployment comp, disability, and so on? Or do we keep them working in make-work jobs? While many actually useful jobs cannot be automated” Toyota mechanic, dentist, reporter”enough can be to change the shape of society.

Do we gradually become an almost total welfare state not for reasons of ideology but because people have to eat and there is nothing for many of them to do? Do we end up just issuing people goods that spew from phenomenally fertile factories?

Beats the hell out of me.