Sacrificing Virgins to the Entertainment Gods 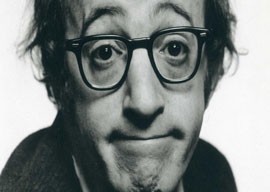 Liberace is another gay pedophile who gets a pass. In HBO’s Behind the Candelabra, they had forty-something Matt Damon play his lover. In reality, that kid was 16 when he shacked up with the flamboyant feathered fag whose father fled from Formia. Liberace had been courting his teen lover since the boy was much younger, but Liberace is a great entertainer so Michael Douglas is on the front page of New York magazine made up like Liberace, and the awards shows fawn over his incredible performance.

This need to sacrifice virgins to the entertainment gods runs across all classes and sexual preferences, but it hasn’t always been like this. Elvis Presley met his future wife Priscilla when she was 14 but ran into some resistance from her parents. He didn’t get to have her until she was 18, when he promptly got her addicted to speed and made her attend orgies. At least the parents were unhappy about it. When English reporters discovered that “Great Balls of Fire” legend Jerry Lee Lewis was banging his fiery balls up against his 13-year-old cousin, his career ended although he eventually got a lifetime achievement award. Back then, incestuous relationships with a minor weren’t as cool as they are today.

Fast-forward thirty years and we have Rolling Stones bassist Bill Wyman listed in Maxim magazine as a “Living Sex Legend.” Wyman claims to have slept with thousands of young women. He even married a few of them. The most disturbing union was in 1989 when Wyman, then 52, married Mandy Smith, an 18-year-old he had been dating since she was 13. They first had sex when she was 14. This isn’t legal for adult men, but the Stones have an almost endless list of top hits, so who cares? We believe what we want to believe, so if evidence appears that defames the famous, we ignore it, even if that means a child suffers permanent trauma.

R. Kelly is one of the few exceptions where a rock star commits statutory rape and it sticks. Well, the charges were dropped but at least people think of R. Kelly’s perversions when they hear his name. But he had to urinate on an underage girl to achieve this permanent stigma. Gary Glitter finally made it to persona non grata status, but not before being caught with kiddie porn and moving to Vietnam, where he was eventually arrested and accused of committing obscene acts with two underage girls, one of whom was 11. Ian Watkins from the band Lostprophets didn’t get away with his perversions, but he pled guilty to attempted rape of a baby! What’s a famous person gotta do to lose fans around here?

I like pop culture, too. Allen’s Husbands and Wives is a very well-made movie, and it’s hard not to tap your toes to Michael Jackson’s “Dirty Diana.” But legally, a song and dance doesn”t absolve you of rape. It’s fun to go to movies, and listening to music is a blast, but we”re meant to be a civilized nation. If our entertainers fuck children, let’s consider throwing them in jail. At the very least, let’s have a moratorium on giving pedophiles the lifetime achievement award.