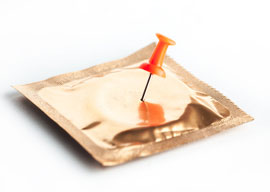 Hutchinson was subsequently charged with and convicted of aggravated sexual assault. That’s the conviction the Supreme Court upheld.

Callers to the phone-in radio show we were listening to echoed our reaction: Hutchinson had done something sneaky, silly, dishonest, and pretty twisted, without a doubt. At the very least, he should have been charged with “possession of Ken Burns’s haircut.”

But “sexual assault”? Certainly not. To a man (and woman), callers opined that “fraud” would have been a more appropriate charge”something civil, not criminal.

Although almost everything about the case reeked of 21st-century dysfunction, I thought that surely there was something almost Austen-ish going on here, too. “Breach of promise” wasn’t quite the archaic tort I was groping for, but it was the only one that sprang to mind.

Fortunately, this new decision seems to have limited application beyond the individuals involved. I presume that the number of Canadian men engaged in contraception sabotage is blessedly small.

And let’s be candid: Women trick men into getting them pregnant all the time, but we’ll never live to see a baby mama being charged with aggravated sexual assault for “forgetting” to take her birth-control pill or lying about having her tubes tied.

Speaking of tied-up females: The ethics panel to investigate Madam Justice Lori Douglas turned out to be unethical, so as of November of last year, she “remains in limbo.”