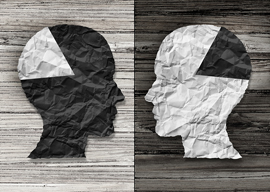 What’s worse, justice appears to be a zero-sum game. It always seems to come at someone else’s expense. Due to some dumb sense of righteous retribution for American slavery”which Asians had no part in”modern Asian students must surrender 450 SAT points to receive the same consideration as a black student for admission to Harvard.

In most cases, I suspect that black students would consider that to be socially just, while Asian students would deem it a grievous injustice. For the most part, social justice depends on whether you’re throwing the punch or getting hit by it.

The oft-chanted mantra “No justice, no peace!” carries an implied threat. If you don’t give us justice as we define it”and you don’t even get a right to define it, because you’ve been designated as the perpetrator of injustice”we will burn your whole city down. That’s probably why MLK posited an either/or selection between “social justice” and rioting.

It is no accident that the loudest proponents of “social justice” are either willing dupes or outright beneficiaries of unchecked government power. According to a 2006 statement by the United Nations Division for Social Policy:

Social justice is not possible without strong and coherent redistributive policies conceived and implemented by public agencies.

Friedrich Hayek, who called social justice a “mirage,” claimed that its end game was “a government with totalitarian powers.”

In a dystopian nightmare fantasy, I imagine myself standing before a rabid crowd of social justice warriors, barking at the subliterate, brainwashed throngs through a megaphone:

“Exactly how would you measure ‘justice’?”

“How much justice is enough?”

“So why don’t you all get jobs, quit eating my taxes for breakfast, and shut the hell up?”