Stop Fiddling With Your Goddamn Phone 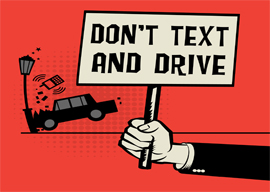 Sometimes you fiddle with your phone while fiddling with yourself. Anthony Weiner didn”t invent it, he just perfected it. This is not only gross, it’s potential jail time. I hope you”re entertaining an FBI agent, I really do.

The last time I went into T-Mobile, I was told the phone I wanted cost 850 bucks. So I said, “You just spent five minutes describing how cool the camera is on this phone. Give me a phone with no camera and take off 200 bucks.”

This was the actual reply.

No, I don”t want a camera. And you know why? Because I don”t want anybody saying, “Take a picture of yourself.” I”m tired of taking pictures of myself. That would require me to excessively fiddle with my phone.

The next time I see you standing in the middle of the street, fiddling with your phone, I”m gonna yell, “That cop just shot that black boy while Lady Gaga was going into the corner deli with Anthony Weiner! Tweet it! Tweet it now!”