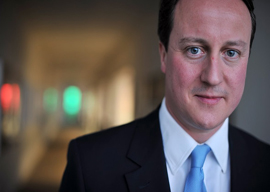 Consider what seems the best possible outcome, Nov. 2, for the Tea Party. Republicans capture the House by winning 50 seats and come within a vote or two of capturing the Senate.

Should that happen, Democrats, shorn of their centrist wing in the massacre, will be in no mood to cooperate in cutting Social Security, Medicare, unemployment insurance, food stamps or the earned income tax credit, the party’s legacy to the nation.

They will vote against serious cuts with as great a unanimity as Republicans voted against Obamacare. And if the GOP House votes the cuts, Senate Democrats will restore them. And if President Obama thinks they are too severe, he will veto the budget, his veto will stand, and he will run against “Boehner’s House” in 2012.

And Obama would do so with conviction. For neither he nor Fed chair Ben Bernanke agree with Cameron that Carthusian austerity is the way to go. They are Keynesians who think that is Hooverism.

Both believe the $1.4 and $1.3 trillion deficits they just ran up prevented the Great Recession from becoming a Great Depression.

Recall. Obama endorsed George W. Bush’s TARP bailout of the banks. He enacted a $789 billion stimulus bill, pushing the deficit to 10 percent of GDP. Bernanke doubled the money supply. He has now embraced “quantitative easing.” He is going to print billions to buy bonds and inject the money directly into the economy.

Quantitative easing is another bailout of the banks, only this time through the Fed back door.

Why? Because many in the Republican establishment also do not believe austerity is the way to go in a recession. Second, while most Republicans may favor deep cuts, they know that if they vote to cut Social Security, Medicare and unemployment insurance, but do not get those cuts, they will get the pain but not the benefit and be held accountable, just as Democrats were held accountable for cap-and-trade, which they voted for but did not get through the Senate.

Republicans will come out of this election with a tricky hand to play. They will have the appearance of power, but not the actuality. They will vote for cuts that will not be agreed to by the Senate or accepted by the president.

By then, however, we will know the fate of the Tea Party Tory who will at least have seen his policy prescriptions put to the test.